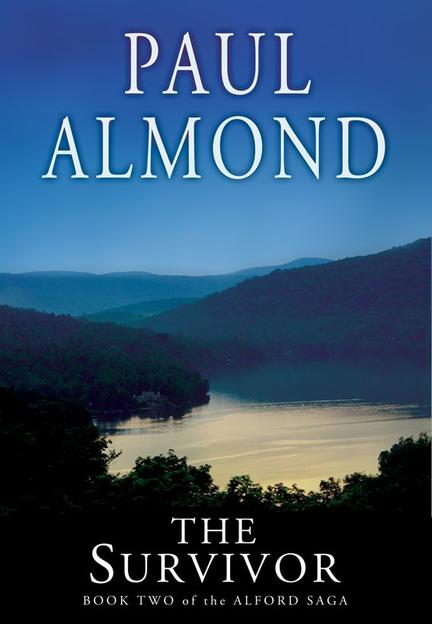 Book Two of the Alford Saga

Thomas Manning, branded a deserter from the British Navy, is forced to change his name to James Alford to avoid the death penalty.

Determined to forge a new life on the Gaspé Peninsula, he struggles to survive the harsh landscape and win the hand of Catherine Garrett. After working in harsh sub-zero woods, he saves the life of an orphan working in a sawmill, and so gains crucial lumber to build a homestead out of intractable wilderness. But first he must battle murderous brigands to rescue a starving bull calf he hopes will be the first of the oxen he so desperately needs to clear his land. Finally, heroically surviving Canada's worst-ever famine, he faces down implacable bureaucracies to keep the farm he has been fighting to bring under cultivation.

A captivating and fast-paced adventure, The Survivor is Book Two of the Alford Saga, a series chronicling two hundred years of Canadian history, as seen through the eyes of one settler's family.

Paul Almond, OC, was one of Canada's preeminent film and television directors, and has directed and produced over 130 television dramas for the CBC, BBC, ABC and Granada Television (SevenUp). He has now turned his talents to writing a series of novels based on his family's own PIONEERing adventures in Canada: The Alford Saga, five of which have been published, (The DESERTER, The Survivor, The Pioneer, The Pilgrim, and The Chaplain) and three more to come over the next two years (The Gunner, The Hero, and The Inheritor). Paul Almond lives on the Gaspé Peninsula in Quebec and Malibu, California. www.paulalmond.com

"Written in the breezy and spare anecdotal style Almond established in The Deserter, this fast-paced sequel sets the Alford family roots firmly in the New World, creating a solid foundation upon which Almond's next books will build. ."
-- Westmount Examiner

"If you like your Canadian history fast and furious, a crisis on every page, you will enjoy this film-on-paper by ... director Paul Almond."
-- The Globe and Mail

"The Survivor is detailed, dramatic, entertaining and addicting. This book surpassed my expectations ... I stand by my earlier statement that this needs to be placed into the hands of every young student learning about Canadian History."
-- Mrs. Q Book Addict

Other titles by Paul Almond

Book One of the Alford Saga

Book Three of the Alford Saga

Book One of the Alford Saga