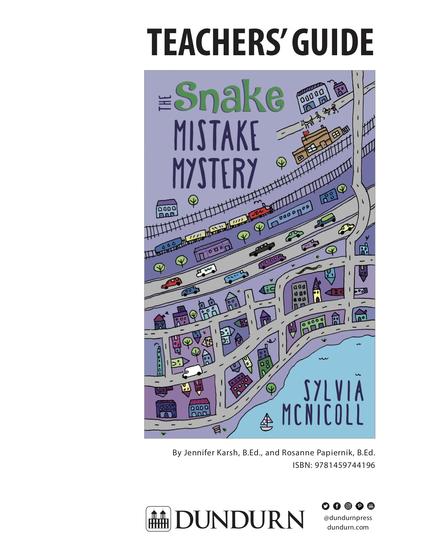 Noble Dog Walking takes care of pets, even if they slither.

When a ball python they’re looking after disappears, Stephen Noble and Renée Kobai join forces with their favourite clients, Jack Russell Ping and greyhound Pong, to find that snake. The local animal shelter proves no help at all. The only thing they care about is their annual cat sale.

It’s starting to look like the ball python may have been stolen, when Stephen and Renée get word that more homes have been broken into, all of them clients of Noble Dog Walking. The case turns desperate as one by one, their clients leave. After losing Ping and Pong as clients, too, Stephen and Renée pin their last hope on gathering all the suspects at the animal shelter, and a real Cat-astrophe ensues.

Sylvia McNicoll is the author of over thirty novels. Bringing up Beauty, her guide dog story, won the Silver Birch Award, launching her to international success. Crush.Candy.Corpse was shortlisted for the Red Maple and Arthur Ellis awards. Sylvia lives in Burlington, Ontario.

Helps build confidence in young readers by representing an anxious boy overcoming his fear of failure.

A good choice for middle graders who enjoy teasing out the red herrings from the clues.

A great series of books … kids will enjoy The Snake Mistake Mystery.

Entertaining for readers of all ages.

Other titles by Jennifer Karsh

The Gargoyle in My Yard Teachers' Guide

Other titles by Rosanne Papiernik

The Gargoyle in My Yard Teachers' Guide