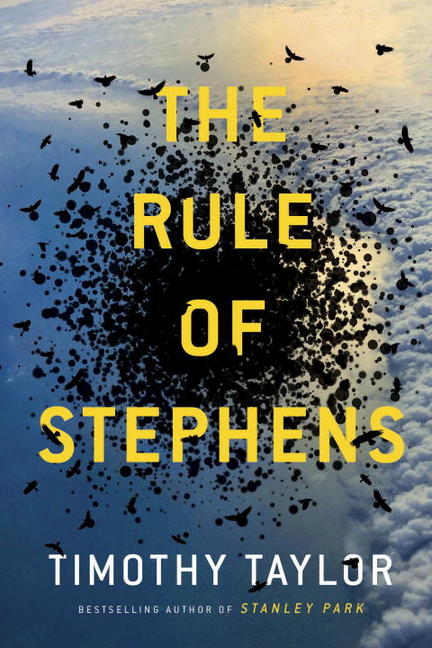 "The significance of being a survivor, in the case of Air France Flight 801, for a long time lay in the simple fact that there should have been no survivors."

Catherine Bach did survive, barely suffering a scratch. She hates the word "miracle," yet it feels that way at first. She returns to life as it was before the plane went down. The biotech startup she'd built from an idea to a multi-million dollar valuation continues its meteoric rise. But then things begin to go very wrong. Glitches in tests that are meant to run smoothly, design delays, security breaches, impatient investors. Catherine has a growing sense that her good fortune is spent, that the universe might be betting against her.

And then comes the late-night call, from one of the other survivors. He has a story to tell, a warning he says, about his own troubles, a life in ruins, his luck run out. And all at the hands, he insists, of a mysterious other, resembling him perfectly right down to the features of his face.

Madness, Catherine thinks. Or she tries to think as a mystery hedge fund launches a takeover attempt, run by a woman nobody seems to know but who is said to bear an uncanny resemblance . . . to Catherine. Catherine has always believed in an ordered, rational world--more Stephen Hawking than Stephen King. But with her life at the brink, she cannot shake the feeling that her "Rule of Stephens" may no longer hold.

Writing with stinging precision about the knife-edge balance between what is known and what is believed, Timothy Taylor bridges the divide between literary fiction and page-turning thriller in this psychological tale of guilt, doubt and doppelgangers.

TIMOTHY TAYLOR is an award-winning novelist, journalist and short story writer. His debut novel, Stanley Park, was a national bestseller and a finalist for the Giller Prize, and his most recent novel, The Blue Light Project, was a national bestseller and winner of the CBC Bookie Prize in literary fiction. Both his fiction and nonfiction have appeared in Canada's leading publications, and he is the only writer to have had three stories selected and published simultaneously in The Journey Prize Stories. He currently lives in Vancouver, where he teaches creative writing at the University of British Columbia.

"Taylor has composed a tightly-crafted, suspenseful story, and one that smartly plays off the disjunction between the rational world of Stephen Hawking and the 'lower and darker land' of Stephen King." —Toronto Star
"[Taylor has] delivered a story that is part literary fiction and part juicy thriller. Bottom line, it's a page-turner." —Vancouver Sun
"[The Rule of Stephens] is a compelling tale of morality, medical science, chance and what it's like to live right here, right now." —The Georgia Straight
"Taylor slows the pace to explore, concisely but richly, philosophical ideas related to the known, the unknown and the limits of one's possible knowledge." —Quill & Quire
"Timothy Taylor asks big questions about loss, survivor guilt and identity in his new book. The Rule of Stephens held me in thrall, battling waves of dread and uncertainty as I turned the pages, while ultimately ending in a place of light and hope." —Craig Davidson, author of Cataract City and Rust and Bone
Praise For Timothy Taylor

"There is something unique and utterly convincing about Taylor's fiction: it's muscular without being overbearing, witty without going for easy laughs." —The Globe and Mail

"[Taylor] has the miniaturist's eye for telling gestures and objects, and a magical ear for cryptic dialogue about ordinary things. . . . His talent glitters on the page. It was said of James Joyce that he could create a character by describing the way he held an umbrella. Taylor has that talent." —Vancouver Sun

"Timothy Taylor [is] a writer to seek and savour." —National Post

Other titles by Timothy Taylor