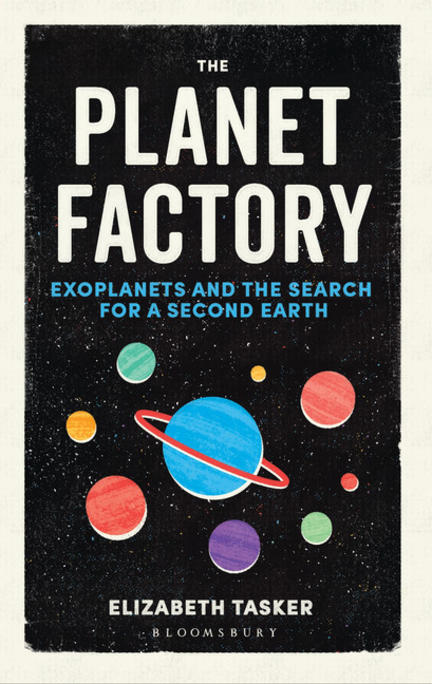 Twenty years ago, the search for planets--and life--outside the solar system was a job restricted to science fiction writers. It is now one of the most rapidly growing fields in astronomy, with thousands of these "exoplanets" discovered so far. The detection of these worlds has only been possible in the last decade, with the number of discoveries increasing enormously over the last year following the findings of the Kepler Space Telescope.

These new worlds are more alien than anything in fiction. Planets larger than Jupiter with years lasting one week, planets circling the dead remains of stars, others with two suns lighting their skies or with no sun at all. These locations hint at Earth-sized worlds but with split hemispheres of perpetual day and night, waterworlds drowning under global oceans, and volcanic lava planets spewing seas of magma.

The Planet Factory tells the story of exoplanets, planets orbiting stars outside of our solar system. Discover the specks of dust that circle a young star come together in a violent building project that can form colossal worlds hundreds of times the size of the Earth; the changing orbits of young planets that risk dooming the life forming on neighboring worlds or, alternatively, that can deliver the key ingredients needed to seed its beginnings. Exoplanets are one of the greatest construction schemes in theuniverse and they occur around nearly every star you see. Each result is an alien landscape, but is it possible that one of these could be like our own home?The Planet Factory discusses the way these planets form, their structure and features, and describes in detail the detection techniques used (there are many) before looking at what we can learn about the surface environments and planetary atmospheres, and whether this hints at the tantalizing possibility of life.

An informative and entertaining read,The Planet Factory takes the reader to the cutting edge of the ongoing search for worlds like our own, and the hints of life elsewhere in the cosmos.

Elizabeth Taskeris an astrophysicist specializing in computational models of how stars and planets form in our galaxy. After a degree in theoretical physics, she went on to complete her doctorate at Oxford before post-doctoral research at Columbia University and the University of Florida in the United States, and McMaster University in Canada. She currently works at the Japanese Aerospace Exploration Agency as an associate professor.

Elizabeth has been a keen science communicator for many years, dating back to winning theDaily TelegraphYoung Science Writers Award in 1999. Since then she has written blogs forScientific American andAstronomy Magazine, as well as blogs on sites that include Nautilus, the Conversation, and space.com.

“Tasker entertains as she engagingly expounds on the menagerie of exoplanets, both basic and bizarre.” —Publishers Weekly

“If you've always been intrigued by extrasolar planets - or even if you haven't! - you'll want to move this book to the top of your reading list.” —Sky & Telescope

“Detailed yet accessible and cheerful, and based on the latest findings, Tasker's made-for-science-geeks narrative presents the nearly limitless configurations and compositions ofstars, planets, and moons.” —Dan Kaplan, Booklist

“Packed with interesting insights and scientific content that capably captures the current state of exoplanet research.” —Sky at Night

“Brilliantly written ... Tasker highlights how difficult the hunt for planets is. I highly recommend this book.” —Louisa Preston, Physics World

“This splendidly readable and authoritative book succeeds at the near-impossible task of explaining all you need to know about the revolutionary and fast-moving scientific field that's seeking out these new worlds and what may be lurking on them.” —Caleb Scharf, Directory of Astrobiology, Columbia University

“Elizabeth Tasker is the perfect guide in this astronomical adventure story; she brings the world's leading planet hunters vividly to life and demystifies the crucial technical details of the research with impressive clarity and a light, engaging touch.” —Michael D. Lemonick, Chief Opinion Editor at Scientific American and the author of Mirror Earth: The Search for Our Planet's Twin

“In a lively science narrative spiced with a sly humour, Elizabeth Tasker makes learning about the planets of our Solar System and beyond into a rich and rewarding pleasure.” —Marc Kaufman, author of First Contact and Mars Up Close, and founder of NASA'S online column 'Many Worlds'