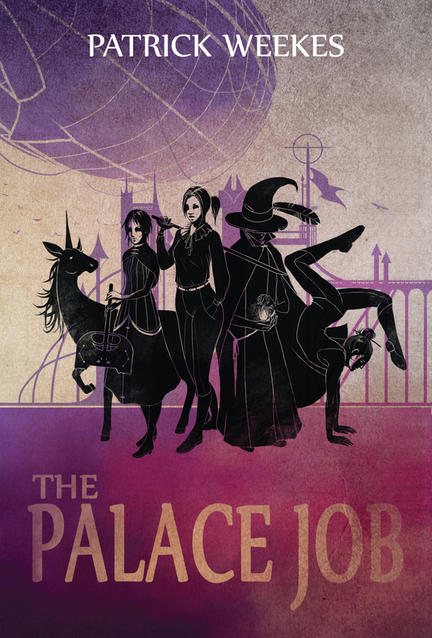 Loch is seeking revenge.
It would help if she wasn’t in jail.

The plan: to steal a priceless elven manuscript that once belonged to her family, but now is in the hands of the most powerful man in the Republic. To do so Loch—former soldier, former prisoner, current fugitive—must assemble a crack team of magical misfits that includes a cynical illusionist, a shapeshifting unicorn, a repentant death priestess, a talking magical warhammer, and a lad with seemingly no skills to help her break into the floating fortress of Heaven’s Spire and the vault that holds her family’s treasure—all while eluding the unrelenting pursuit of Justicar Pyvic, whose only mission is to see the law upheld.

What could possibly go wrong?

Patrick Weekes was born in the San Francisco Bay Area and attended Stanford University, where he received both a BA and an MA in English literature.In 2005, Patrick joined BioWare’s writing team in Alberta, Canada. Since then, he’s worked on all three games in the Mass Effect trilogy, where he helped write characters like Mordin, Tali, and Samantha Traynor. He is now working with the Dragon Age team on the third game in the critically acclaimed series. He has written tie-in fiction for both series, including Tali’s issue in Dark Horse Comics’ Mass Effect: Homeworlds series and Dragon Age: Masked Empire.Patrick lives in Edmonton with his wife, Karin, his two Lego-and-video-game-obsessed sons, and (currently) nine rescued animals. In his spare time, he takes on unrealistic Lego-building projects, practices Kenpo Karate, and embarrasses himself in video games.

Other titles by Patrick Weekes