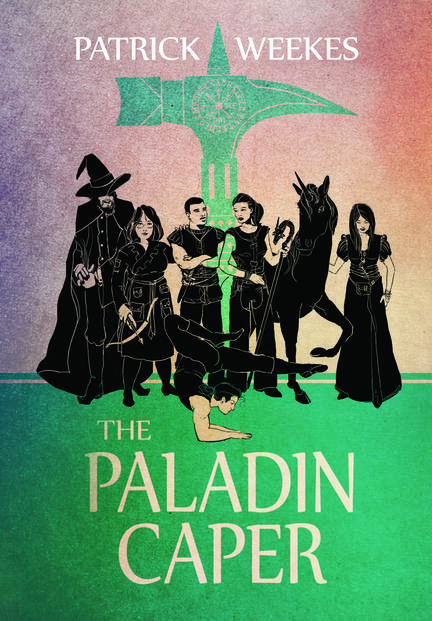 Loch and her crew are determined to stop the ancients from returning to reclaim the world they once ruled, but the kidnapping of a friend throws their plans awry. When a desperate rescue turns into a shocking reunion, the ancients return and seize power. Determined to stop them, Loch and the group look for a way to close the gate to the ancients’ world, but this time, they find themselves up against an enemy that has insinuated itself into the highest ranks of the Republic. Cruel, cunning, and connected, the ancients target the crew’s families and histories, threatening to tear friendships apart.

If that weren’t bad enough, Loch must deal with her treacherous assassin sister, her turncoat ancient friend, and a daemon who has sworn to hunt her to the ends of the earth. In order to save the Republic and pull off her largest con ever, Loch will need her friends…and maybe her enemies too.

Patrick Weekes was born in the San Francisco Bay Area and attended Stanford University, where he received both a BA and an MA in English literature.In 2005, Patrick joined BioWare’s writing team in Alberta, Canada. Since then, he’s worked on all three games in the Mass Effect trilogy, where he helped write characters like Mordin, Tali, and Samantha Traynor. He is now working with the Dragon Age team on the third game in the critically acclaimed series. He has written tie-in fiction for both series, including Tali’s issue in Dark Horse Comics’ Mass Effect: Homeworlds series and Dragon Age: Masked Empire.Patrick lives in Edmonton with his wife, Karin, his two Lego-and-video-game-obsessed sons, and (currently) nine rescued animals. In his spare time, he takes on unrealistic Lego-building projects, practices Kenpo Karate, and embarrasses himself in video games.

Other titles by Patrick Weekes