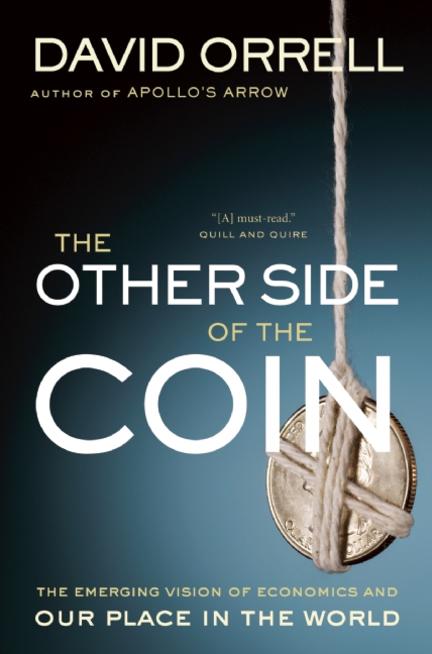 Something is askew in the global economic system. In the 1960s, there was hope that the world's problems could be solved through technology, science, and economics. But human ingenuity has yet to reconcile economic growth with environmental protection and social responsibility. The global economy powers ahead, but we have little idea where it is going or how to correct its excesses.
According to David Orrell, economics is in the middle of a revolution. Our current theory—based on a tradition of reductionist, mechanical thought that dates back to the time of Pythagoras—has resulted in social injustice, huge disparities between the rich and the poor, and the degradation of our ecology and environment. An alternative economic theory is now being fashioned, inspired by new sciences such as complexity and network theory, science-related movements like environmentalism, and social movements like feminism. The first heroes of this revolution include astronauts, student protestors, environmentalists, rock musicians, feminists, maverick mathematicians, and dissident scientists. All have had a hand in forging what is ultimately a new science of money.
Part economic theory, part popular history, and part manifesto, The Other Side of the Coin offers a fascinating and comprehensive look at emerging economic ideas, and will change the way you think about money.
Praise for The Other Side of the Coin:
“This book is an important look at where the neoclassicists go wrong, and an accessible primer on modern alternative economic theories.”
— The Walrus
"The Other Side of the Coin: Edmonton-born and Oxford-educated David Orrell has written a sexy economic book in the vein of Freakonomics and Super Crunchers. The mathematician traces social injustice, the gap between the rich and poor and environmental destruction to classical economics. He heralds a revolution driven by environmentalism, feminism and network theory. Orrell's look to the global economy's future is insightful and comprehensive" --Calgary Inc. Magazine
“[A] bold and timely manifesto Orrell analyzes the mysterious mechanics of a system that involves us all. And describes a positive alternative. Readers with an interest in world affairs, and the sign posts of hope, will add The Other Side of the Coin to their must-read lists.” — Quill & Quire

Other titles by David Orrell

Psychology, neuroscience, and the human side of economics

A Brief History of Money

The New Science of Money

Dodgy Finance, Pseudo Science, and How Mathematicians Took Over the Markets