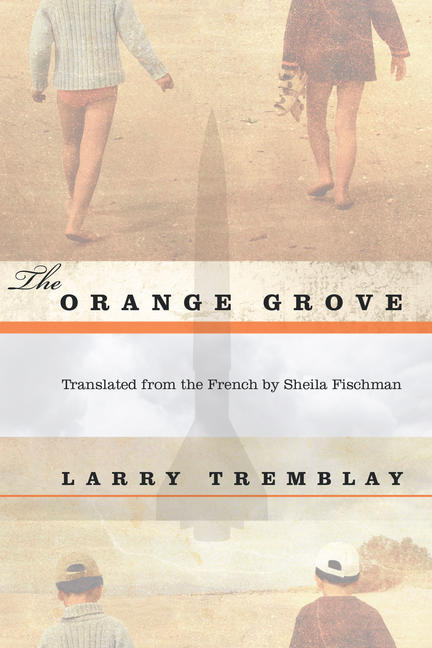 Larry Tremblay
Larry Tremblay is a writer, director, actor and specialist in Kathakali, an elaborate dance theatre form which he has studied on numerous trips to India. He has published twenty books as a playwright, poet, novelist and essayist.

The recent publication of Talking Bodies (Talonbooks, 2001) brought together four of his plays in English translation. He played the role of Léo in his own play Le Déclic du destin in many festivals in Brazil and Argentina. The play received a new production in Paris in 1999 and was highly successful at the Festival Off in Avignon in 2000.

Thanks to an uninterrupted succession of new plays (Anatomy Lesson, Ogre, The Dragonfly of Chicoutimi, Les Mains bleues and Téléroman, among others) in production during the 1990s, Tremblay’s work continues to achieve international recognition.

His plays, premiered for the most part in Montreal, have also been produced, often in translation, in Italy, France, Belgium, Mexico, Columbia, Brazil, Argentina and Scotland. In 2001, Le Ventriloque had three separate productions in Paris, Brussels and Montreal; it has since been translated into numerous languages.

Keith Turnbull
Keith Turnbull served as the artistic director of Theatre Arts programs at the Banff Centre for the Arts from 1993 to 1999 and was also the co-director of the Banff playRites Colony and director of the Contemporary Opera and Song Training Program from 1997 to 2000. His career as a director, producer, designer and dramaturge is highlighted by a commitment to contemporary and new work in both theatre and opera.

In addition, Turnbull has a particular interest in the pedagogy, performance practice and interpretation of the works of Shakespeare and of other language-based texts. He has directed more than seventy plays at various theatres throughout the world.

Turnbull also founded a First Nations theatre company from which emerged many of Canada’s most noted Native performers. He was the founding co-artistic director of the Toronto Theatre Festival and the president of the Toronto Theatre Alliance, as well as a board member of the Canadian Actors’ Equity Association. He has taught at the University of Manitoba, the National Theatre School, the University of Calgary and the Banff Centre for the Arts.

Other titles by Larry Tremblay

158 Fragments of a Francis Bacon Exploded

Abraham Lincoln Goes to the Theatre