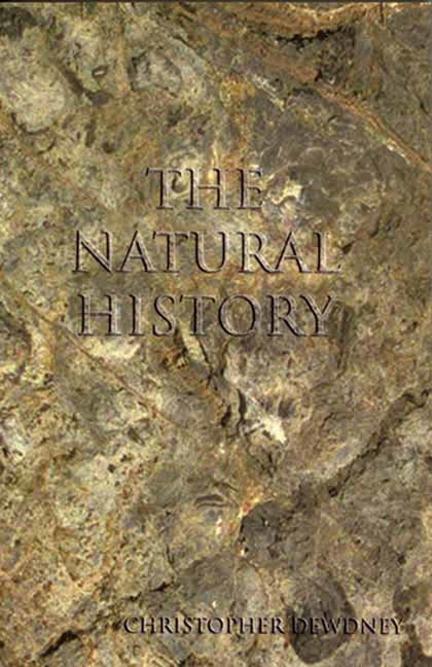 This is a sensual book, in love not only with foliage and creatures, weather and landscape, but also with the textures of language, the rhythm of English itself; not just Anglo Saxon and Germanic, but also its southern Latin heritage blowing like a scientific sirocco up from the Mediterranean. A compendium of particulars written from the inside of its subject, this book evokes the timeless moment of perception itself. And while it is set in the present, the whole geological past of the planet is represented, so that an event occurring on a summer day in current time will be juxtaposed with an event occurring during the Silurian epoch, some 440 million years ago.

Christopher Dewdney has served as writer-in-residence at Trent, Western, and York universities. Featured in Ron Mann’s film Poetry in Motion with William Burroughs, Allen Ginsberg, Michael Ondaatje, and Tom Waits, Dewdney has presented his groundbreaking poetics across North America and Europe. He also creates acoustic and visual art, along with incisive arts commentary for print, radio, and television.

Karl E. Jirgens, head of the Department of English at the University of Windsor, has taught at the universities of Toronto, York, Guelph, and Laurentian. Since 1979, he has served as editor-in-chief of Rampike, a critically acclaimed international journal of art and writing. Jirgens’s fiction, performance works, poetry, and scholarly articles are published worldwide.

Other titles by Christopher Dewdney

The Epic Drama of Our Atmosphere and Its Weather

The Soul Of The World

Unlocking the Secrets of Time

Acquainted With The Night

Excursions Through the World After Dark

Children of the Outer Dark

The Poetry of Christopher Dewdney