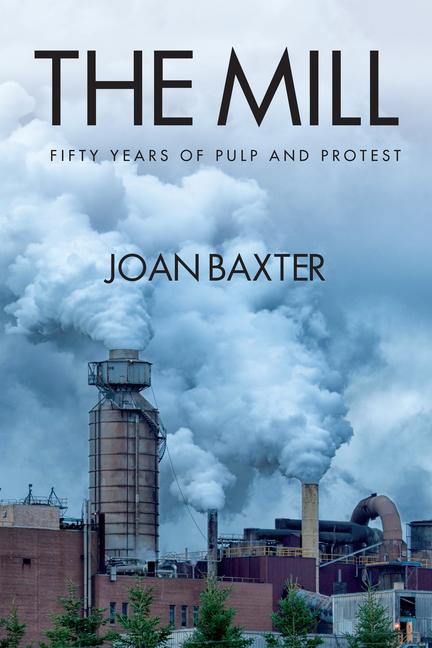 The Mill --Fifty Years of Pulp and Protest explores the power that a single industry can wield. For fifty years, the pulp mill near Pictou in northern Nova Scotia has buoyed the local economy and found support from governments at all levels. But it has also pulped millions of acres of forests, spewed millions of tonnes of noxious emissions into the air, consumed quadrillions of litres of fresh water and then pumped them out again as toxic effluent into nearby Boat Harbour, and eventually into the Northumberland Strait.

From the day it began operation in 1967, the mill has fomented protest and created deep divisions and tensions in northern Nova Scotia. This story is about people whose livelihoods depend on the pulp mill and who are willing to live with the "smell of money." It's about people whose well-being, health, homes, water, air, and businesses have been harmed by the mill's emissions and effluent. It's about the heartache such divisions cause and about people who, for the sake of peace, keep their thoughts about the mill to themselves.

But it's also about hope, giving voice to those who led the successive groups that have protested and campaigned for a cleaner mill--First Nations, fishers, doctors, local councillors, tourism operators, artists and musicians, teachers and woodlot owners. Their personal stories are interwoven into a historical arc that traces the mill's origins and the persistent environmental and social problems it causes to this day.

Baxter weaves a rich tapestry of storytelling, relevant to everyone who is concerned about how we can start to renegotiate the relationship between economy, jobs, and profits on one hand, and human well-being, health, and the environment on the other. The Mill tells a local story with global relevance and appeal.

Joan Baxter (b. 1955) grew up in Dartmouth, Nova Scotia, and now makes her home in Bamako, Mali, West Africa, where she is a correspondent for the BBC. In 2001, she received the Evelyn Richardson Award for her non-fiction book about Africa, A Serious Pair of Shoes (Pottersfield, 2000). "Act of God" is from her collection Strangers Are Like Children (Pottersfield, 1998).

Other titles by Joan Baxter

The Hermit of Gully Lake

The Life and Times of Willard Kitchener MacDonald, Second Edition

The Mill: Fifty Years of Pulp and Protest

A Culinary Journey in Africa

Dust from our eyes

An unblinkered look at Africa