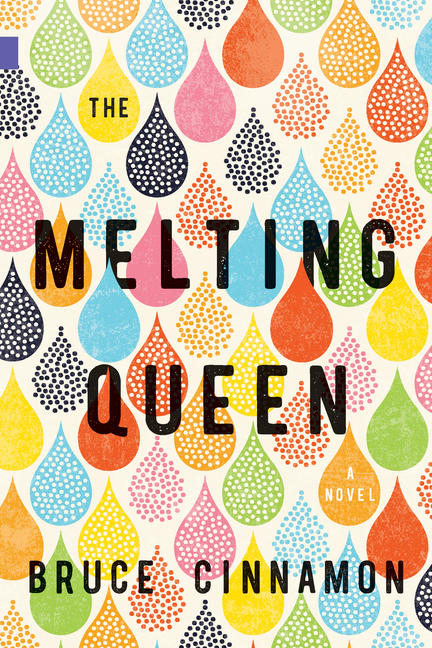 Every year since 1904, when the ice breaks up on the North Saskatchewan River, Edmonton has crowned a Melting Queen—a woman who presides over the Melting Day spring carnival and who must keep the city’s spirits up over the following winter. But this year, something has changed: a genderfluid ex-frat brother called River Runson is named as Melting Queen. As River's reign upends the city's century-old traditions, Edmonton tears itself in two, with progressive and reactionary factions fighting a war for Edmonton's soul. Ultimately, River must uncover the hidden history of Melting Day, forcing Edmonton to confront the dark underbelly of its traditions and leading the city into a new chapter in its history.

Bruce Cinnamon was born in Edmonton and grew up just downstream in Fort Saskatchewan, along the banks of the North Saskatchewan River. He holds a BA in English and Creative Writing from the University of Alberta and a Master of Global Affairs from the University of Toronto. His favourite authors and literary influences include Garth Nix, Haruki Murakami, Jorge Luis Borges, Rachel Carson, Thomas King, Tomson Highway, and Italo Calvino. The Melting Queen is his first novel.

"... a captivating coming-of-age story with a clear hero who learns from the wisdom of their predecessors; intriguing villains who turn on the hero; and a surprising mishmash of once underdogs-turned-sidekicks."
~ Rebecca Geleyn, The Fiddlehead

"... a worthy, interesting read based on the essential idea that now is the time to unmask history and change what no longer serves us."
~ Booklist

Combining history and satire, this debut aims to lay a foundational mythology for Edmonton."
~ Becky Toyne, The Globe and Mail

"Heartfelt, flawed, and beautiful, The Melting Queen is a modern fairy tale. Cinnamon creates a lost history, writing a legacy for River Runson that honors missing ancestors and gives Edmonton a second chance to confront the truth of its hypocrisy around oppression and expression."
~ Letitia Montgomery-Rodgers, Foreword Reviews

"The novel, much like its protagonist and, I suspect, many of Edmonton's inhabitants, has an ambivalent relationship to the city it imagines: calling out its failings ... yet insisting on finding and, if necessary, inventing stories that reveal the extraordinary."
~ Jason Wiens, Alberta Views

Other titles by Bruce Cinnamon