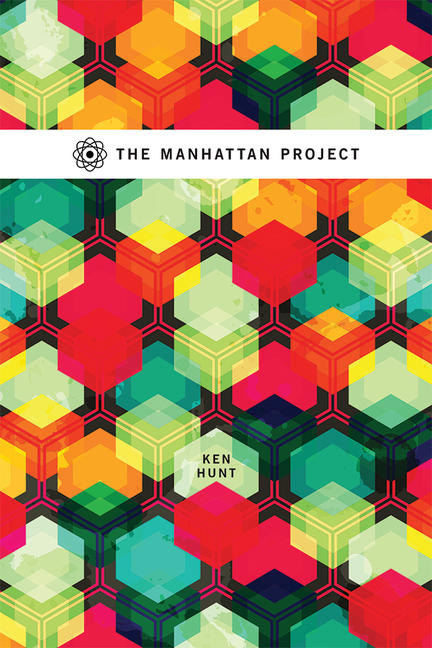 The hands of humans split the atom and reshaped the world. Gradually revealing a sublime nightmare that begins with spontaneous nuclear fission in the protozoic and ends with the omnicide of the human race, The Manhattan Project traces the military, cultural, and scientific history of the development of nuclear weapons and nuclear power through searing lyric, procedural, and visual poetry.

Ken Hunt's poetry considers contemporary life-life in the nuclear age-broadly and deeply. It dances through the liminal zones between routine and disaster, between life and death, between creation and destruction. From the mundane to the extraordinary, Hunt's poems expose the depth to which the nuclear has impacted every aspect of the everyday, and question humanity's ability to avoid our destruction.

Challenging the complicity of the scientists who created devastating weapons, exploring the espionage of the nuclear arms race, and exposing the role of human error in nuclear disaster, The Manhattan Project is a necropastoral exploration of the literal and figurative fallout of the nuclear age. These poems wail like a meltdown siren, condemning anthropocentric thinking for its self-destructive arrogance.

Ken Hunt's writing has appeared in Chromium Dioxide, No Press, Matrix, and Freefall. For three years, Ken served as managing editor of N?D Magazine, and for one year, as poetry editor of filling Station. Ken holds an MA in English from Concordia University and is the founder of Spacecraft Press, an online publisher of experimental writing inspired by science and technology. The LUMA Foundation published his first book of poetry, Space Administration, in 2014. His second book of poetry, The Lost Cosmonauts, was published in the fall of 2018. Ken is a PhD candidate at the University of Western Ontario.

A sophisticated, molecularly inventive poetry manuscript. Reading The Manhattan Project is an act of fission-its various component parts split into recurring syntactic patterns and smaller, dispersed inflections. In both form and subject, this is a harrowing and moving reckoning with the necropastoral consequences of the nuclear age.

Other titles by Ken Hunt