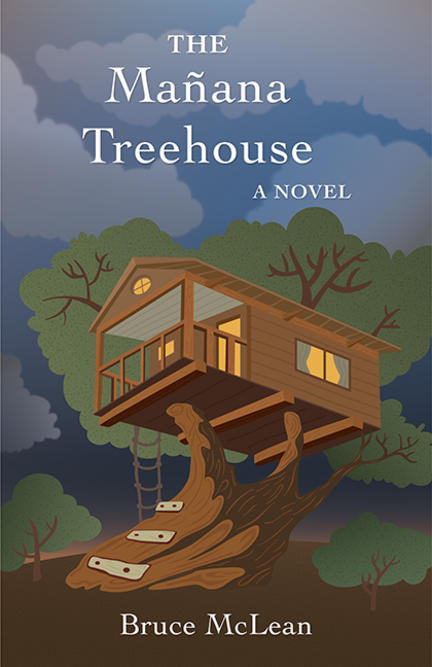 Connie Kish won’t be written off as just another sad casualty of Alzheimer’s. Oddly at first, she’s the caregiver, finding ways to help her husband, Max, cope with what’s happening to her. When she sees that he’s utterly devastated and crying in secret, she decides to let him off the hook by divorcing him. She pushes him away with all her might while he hangs onto to her for dear life. There comes a new man into her life and another woman in his. In a comedy of errors, Connie and Max come out on the other side, together again. He has matured and stepped up as the caregiver. They’re awash in Alzheimer’s, trying to stay afloat and looking after each other in a mirroring of love back and forth between them.

“Don’t write me off,” she says. “Don’t let me become a forgetful old biddy saying the same thing over and over again.”

“Connie Kish an old biddy? Ain’t gonna happen. No way. No how.”

“That’s us. The old biddy and the old galoot. When I forget your name, I’ll call you Old Galoot. And when you forget my name, you can call me Old Biddy.

Though this is Bruce McLean’s first novel, he has spent his lifetime writing. He claims that his early experiences include the toughening experience of working as a rivet passer in a shipyard, deckhand on a coastal freighter, logging camp chockerman, and labourer at an oil refinery. But it was what followed that gave him his language chops. He spent thirty-five years as a newspaper reporter and in various editing jobs starting with the Nelson Daily News, Trail Daily Times, the Columbian (New Westminster, BC,) Vancouver Sun, The Province, Globe and Mail, Toronto Telegram, and in London, England at the Croydon Times and Sunday Express. He thinks his storytelling in The Mañana Treehouse was inspired by the memory of his wife, Pauline St-Pierre Dion who spent the last seven years of her life with Alzheimer’s. He became what’s known as a ‘bitter ender’, with her all the way.

Kish has a state-of-the-art bullshit detector. It’s finely tuned and has kept me on my toes over the years. I know that it has been activated when she cocks her left eyebrow and shifts into her Gallic shrug. What gives this detector extra clout is that it speaks pidgin French. It’s another inheritance, along with the voice and the Gallic shrug, from Grandmamma Constanze. After settling in Victoria, she made the transition from French to English with the aid of such expressions as c’est le gros boo-ul shee-it. She also Anglicized the word grand-mère into grandmamma, pronounced grandma-MAH, and wanted to be addressed in that way. I never met the woman but from photographs of her that I’ve seen and what Kish has told me about her, I know that she was a proud, somewhat aloof old dame and that when she said C’est le gros boo-ul shee-it it had the weight of a royal proclamation

Kish wants me to give her the name of one person I know who tries using their phone as a TV remote. As everybody knows, the rule of holes is that when you find yourself in a rapidly deepening chasm, you stop digging. And yet here I am, madly shovelling away, making the point that these contraptions on the table look much alike. They’re black, hand-held and have rows of buttons. Kish saves me from myself, coming up with another way of minimizing the lapse with her phone.

“What would be involved?” she asks. “I’d say it was no more than sixty seconds before I realized my mistake.”

Well, yes, as far as we know, the confusion over her phone was her only lapse of the day. So that would be sixty seconds over the course of the day that she was off kilter. The rest of the time, say for sixteen waking hours, she was functioning normally. It’s been that way for most of her lapses into dementia. They’re sad little glitches, bouts of Alzheimer’s Lite, a matter of seconds off the beam.

“We’ll call it the sixty second rule,” she says, tapping into the magic of the Mañana Treehouse. “If a spell of forgetfulness lasts sixty seconds or less, well then we don’t have to worry about it now do we? And where’s my notebook? I want to make a note of this.”

This is the disease of remembering by writing things down and then being unable to find the note you’ve made or being unable to read what you have written down. What we’re looking at is the effect that Alzheimer’s can have on handwriting. I’ve seen it once before on the website about Dr. Alzheimer’s pioneer work in the field with Frau Auguste Deter. The case file has samples of her handwriting, a trembling scribble with the lines slanting haphazardly. Kish’s handwriting, although not that muddled, has become more compressed and spidery. But I can read it easily enough and it seems to me that if she wasn’t so exasperated with herself, she could read it if I coax her into it, sounding out the first few words.

In fiction and nonfiction, these authors whose lives have been touched by Alzheimer's Disease bear witness and weave stories about the complexity of memory, …