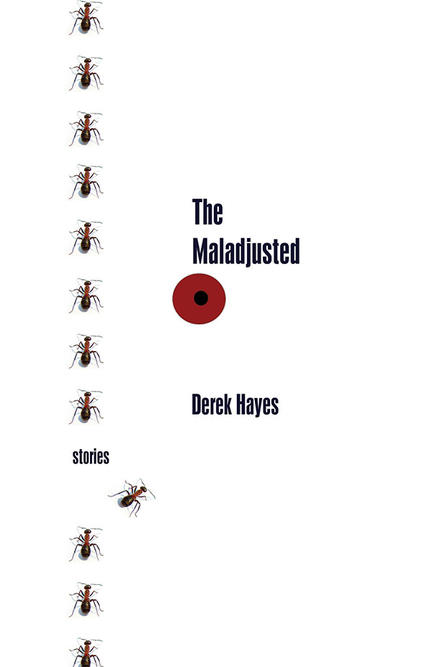 These urban, commuter-friendly stories capture quirky events in satisfying ways. Their dark undertones and sharp-witted ironies employ familiar settings such as apartments, lofts, studios and city streets , but use unusual and unexpected urban moments as backdrops to outré characters and their given idiosyncrasies. Some of Hayes’ characters are on the social fringe, such as the mentally challenged narrator of the title story who finds his way through urban life with the aid of his seventy-year-old neighbour and the possibilities inherent in a game of chess. Some obsess privately, such as the protagonist in “The Runner” who becomes neurotically repulsed by the hair follicles on his girlfriend’s upper lip, while others, like the proven street ball “cager” of the story “In the Low Post” stews over his eroding prestige and control on the inner-city basketball court.

Edgy, smart and unpredictable, Derek Hayes; stories bend linear story-telling, and shift the narrative voices with such an energetic frequency that readers will want to go back again just to them just to see how he does it.

The first thing that caught my eye about Derek Hayes' short story collection, The Maladjusted, was the cover. If I had seen this in a bookstore, I definitely would have picked it off the shelf/display and given it a look. I didn’t see in the bookstore, however. The Maladjusted was kindly sent to me by the author for an honest review.

The Maladjusted was a well-written, engaging short story collection. Being a teacher is a theme throughout many of the stories. We also see foreigners in strange lands. I guess there has to be some kind of adjustment to be made if the characters are going to have the opportunity to be “maladjusted”.

The collection starts off strong. Each story makes you want to read the next. I just wish the collection ended on a less creepy note. With Inertia, maybe? I don't need happily-ever-after, I just need to shut a book and not be thinking of weirdos. Overall, if you're a fan of short stories and good writing, Derek Hayes' collection is worth picking up.

Other titles by Derek Hayes

Historical Atlas of the United States

Historical Atlas of Vancouver and the Lower Fraser Valley