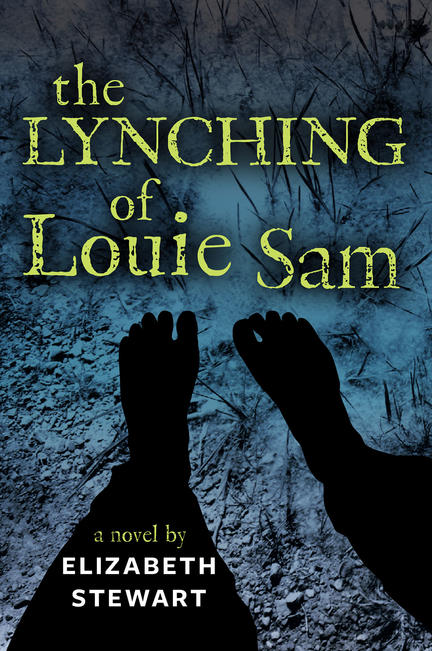 Elizabeth Stewart writes for film, television, and the internet. Her novel, The Lynching of Louie Sam, received much acclaim, including the International Reading Association's Notable Books for a Global Society 2013 award. She lives in Vancouver, British Columbia.

“The plot moves quickly and should interest many readers, even those not usually drawn to historical fiction.”

The Deakin Review of Children’s Literature, 02/13

“A chilling, captivating novel about an innocent scapegoat, a searing injustice and the far-reaching damage secrets and lies do.”

“Stewart’s experience as a screen-writer enables her to create vivid characters and effective dialogue.”

“Stewart draws readers into the characters’ lives . . . This book would be a wonderful addition in libraries and classes that focus on issues and themes in American literature or American history.”

“The way the different characters react to the pressures of a complex situation helps us understand more about human nature, which should allow us to be more critical about our own actions.”

ALAN (Assembly for Literature for Adolescents of the NCTE), 05/14/13

“Readers will . . . be held by the mystery right up until the end.”

“Congratulations to Elizabeth Stewart for recognizing the story’s importance, and for presenting it so well. Highly recommended.”

“It’s one of the most powerful books I’ve read in years.”

“This novel is a powerful fictionalization of a poignant story.”

The Lynching of Louie Sam is a fictionalized account of the 1884 lynching of 14-year-old Louie Sam of the Stó:lō Nation by Americans on Canadian soil. Fifteen-year old George Gillies found James Bell, the man Louie Sam was accused of murdering, and was convinced that Louie Sam did it. George then witnesses the lynching and begins to feel remorse as he realizes that Louie Sam was framed.

Stewart is an award-winning screenwriter of both television series and movies. Her latest movie, Luna: Spirit of the Whale, was nominated for a Gemini award. The Lynching of Louie Sam is her first young adult novel.

Caution: Includes the use of the term “Indian” and racial slurs in the context of the times.

Source: The Association of Book Publishers of BC. Canadian Aboriginal Books for Schools. 2012-2013.

The Lynching of Louie Sam is a work of fiction based on a true event: the only lynching in Canadian recorded history. The story is told by George Gillies, who is 15 years old in 1884 when Louie Sam — a 14-year-old First Nations boy — is unlawfully hung for a murder he didn’t commit. George and his siblings are the ones who discovered the body of James Bell, the White man for whose murder Louie Sam is framed. Also, it is George and his best friend, Pete, who secretly follow the lynch mob of men from Nooksack, their town in the Washington Territory, into Canada, where the boys watch the men brutally kill Louie Sam.

Even before Louie Sam is dead, George has serious doubts about his guilt. After the killing, the men of the town enter into a poisonous pact of secrecy. In the face of that pact and with his own regrets about being a silent bystander, George discovers that his quest for the truth about who murdered Mr. Bell is lonely, dangerous and very unpopular business. It quickly becomes undeniable that the ‘evidence’ against Louie Sam is all a sham. George finds a surprising ally in his father, and together they confirm they aren’t the only ones in town who believe in Louie Sam’s innocence. But they are some of the only ones who are not paralyzed by the fear that telling the truth could backfire.

The Lynching of Louie Sam is a chilling, captivating novel about an innocent scapegoat, a searing injustice and the far-reaching damage secrets and lies do. Stewart’s research is thorough and her writing exposes the dark, disturbing power of racism, mob mentality and intimidation. This brilliant, well-plotted novel brings the responsibilities of witnesses to violence into specific relief, and shows the redemptive, freeing power of truth — whatever the cost of that freedom. Stewart’s concise afterword shares what history tells us about Louie Sam’s lynching and its aftermath. This is a novel that will stay with readers long after the last page is turned.

Other titles by Elizabeth Stewart

Notes from a Children's Librarian: Mystery Novels for Young Readers