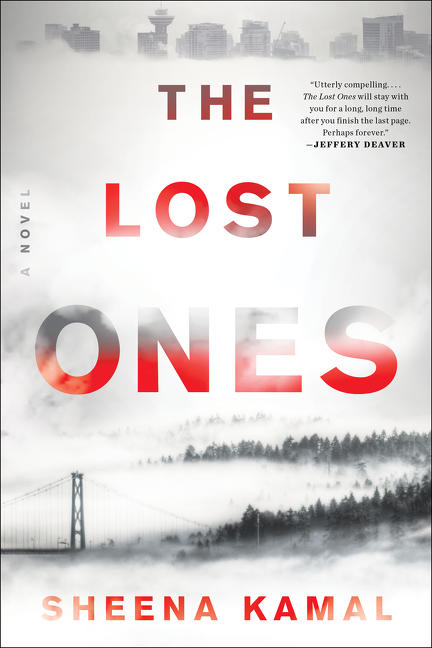 A BUSTLE BEST BOOK OF THE MONTH

It begins with a phone call that Nora Watts has dreaded for fifteen years—since the day she gave her newborn daughter up for adoption. Bonnie has vanished. The police consider her a chronic runaway and aren’t looking, leaving her desperate adoptive parents to reach out to her birth mother as a last hope.

A biracial product of the foster system, transient, homeless, scarred by a past filled with pain and violence, Nora knows intimately what happens to vulnerable girls on the streets. Caring despite herself, she sets out to find Bonnie with her only companion, her mutt Whisper, knowing she risks reopening wounds that have never really healed—and plunging into the darkness with little to protect her but her instincts and a freakish ability to detect truth from lies.

The search uncovers a puzzling conspiracy that leads Nora on a harrowing journey of deception and violence, from the gloomy rain-soaked streets of Vancouver, to the icy white mountains of the Canadian interior, to the beautiful and dangerous island where she will face her most terrifying demon. All to save a girl she wishes had never been born.

Sheena Kamal holds an HBA in political science from the University of Toronto, and was awarded a TD Canada Trust scholarship for community leadership and activism around the issue of homelessness. Kamal has also worked as a crime and investigative journalism researcher for the film and television industry—academic knowledge and experience that inspired this debut novel. She lives in Vancouver, Canada.

“An intriguing twist on the standard missing-person thriller, Kamal’s debut is raw, violent, and thought provoking. An author to watch!”

“Utterly compelling, rich with voice and psychological insight, populated with
heartbreakingly real characters, The Lost Ones will stay with you for a long, long time after you finish the last page. Perhaps forever.”

“Suspenseful, atmospheric and often deeply moving, The Lost Ones features one of the most complicated and fascinating protagonists I’ve come across in a long time. I’d follow Nora Watts (and her dog, Whisper) anywhere.”

“Sheena Kamal is being hailed . . . as the next Gillian Flynn.”

“[A] searing debut...Though comparisons to Stieg Larsson’s Lisbeth Salander are inevitable, Nora blazes her own shining trail. A gritty, violent read with a tough, idiosyncratic, dryly witty heroine readers will root for even if they wouldn’t want to invite her home.”

Other titles by Sheena Kamal

Dark End of the Street

It All Falls Down

In The Grip Of It