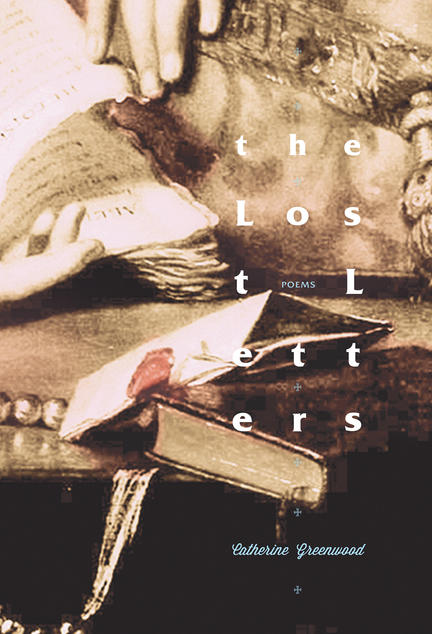 Atmospherically light and stylistically expansive – poems that regard our givens as a gift.

Don McKay's description of The Pearl King and Other Poems, Catherine Greenwood's wonderful first book, also apply to The Lost Letters: 'With discerning wit and a large range of styles and voices, she holds up each subject for contemplation as though it were a pearl. . . .'

At the centre of The Lost Letters is a sequence of radically diverse poems based on the story of Heloise and Abelard, truly lovers in a dangerous time, the twelfth century. The raw material is heavy, tension between flesh and spirit being the serious issue carried forward from the twelfth century into the twenty-first. But Greenwood's deft and delicate handling of scenarios of love requited but balked becomes a perceptive reading – extraordinarily inventive and constantly surprising – of contemporary secular society.

The Lost Letters creates a world of wonder tinged with sadness on behalf of so much that goes unnoticed, whether it's a bin of severed sows' ears, a lizard tethered by its tail who severs it by self-amputation, or a down-and-out old schoolmate.

Catherine Greenwood has lived and worked in British Columbia, New Brunswick, China and southeast England. Previous job titles include publications analyst, foreign expert, financial aid adjudicator and pet sitter. She has published two collections of poetry, The Pearl King and Other Poems and The Lost Letters. Her writing has appeared in many literary journals and anthologies, and has been recognized with several prizes, including a National Magazine Gold Award. She now lives in South Yorkshire where, as a PhD candidate at the University of Sheffield, she is pursuing an interest in Scottish Gothic poetry.

Reviewers on The Pearl King and Other Poems: 'The ancient Taoists believed that a pearl was grounded at the soul's centre, that it took wisdom and clarity to create its essence. Catherine Greenwood's first collection of poems is proof of that. Here is a new pearl, the beginning of a strand I hope, that will continue to be added to with such depth of field and luminosity.' - Don Domanski

Other titles by Catherine Greenwood

The Pearl King and Other Poems

The Pearl King and Other Poems