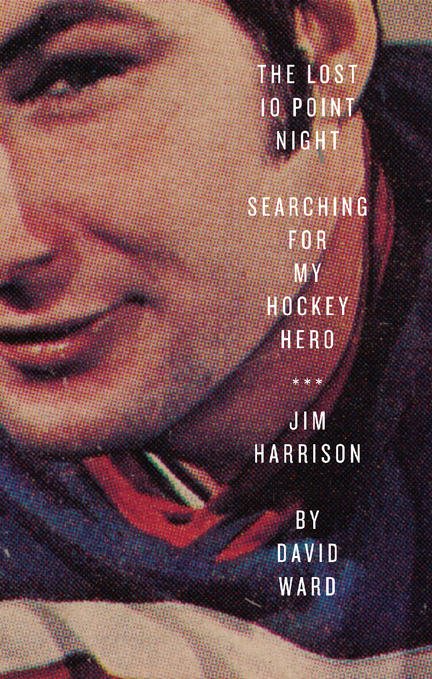 Jim Harrison grew up on the prairies, played Junior in Saskatchewan, and pro with the Bruins, Leafs, Hawks, and Oilers. Three years before a former teammate equaled the mark, Harrison set one of the most enduring and seemingly unbreakable records in professional hockey with three goals and seven helpers on January 30, 1973. And almost nobody remembers.

This is Harrison’s story: the games he played, the agent who stole from him, the woman he mourned, the fights he fought, and the friends he made — and lost — including Bobby Orr and Darryl Sittler. It’s about the injuries he suffered, the pedophiles who preyed on him and other young players, and a Players Association that, he says, “wants me to die.”

But The Lost 10 Point Night is also a response to Stephen Brunt’s Searching for Bobby Orr and Gretzky’s Tears — a book as much about Harrison as it is about author David Ward, a 50-year-old guy who went in search of his childhood hero.

“The Lost 10 Point Night takes a look at the life of a player that took some odd twists over the years, and probably is more typical of athletes from that era than we might think. Those who have a personal connection to that time in hockey history will find this publication holds their interest nicely.” — Sports Book Review Center

"Overall, this is a solid book that I would recommend. It's a very easy book to read, and each individual story is kept short. I figured it was a book I'd pick up and read from time to time, but I ended up flying through it in one afternoon." — Order of Books

“The Lost 10 Point Night is a mixture of Harrison’s recollections, former teammates’ and coaches’ reflections on Harrison, and Ward’s own memories of Harrison from the 1970s. Not only does it paint a picture of a man who, though not a superstar, was an honest and respectable player, but also of the author’s connection to the subject as a fan . . . It is Ward’s contributions that make us understand why a third-line center from the 1970s is worthy of a book.” — Puck Junk