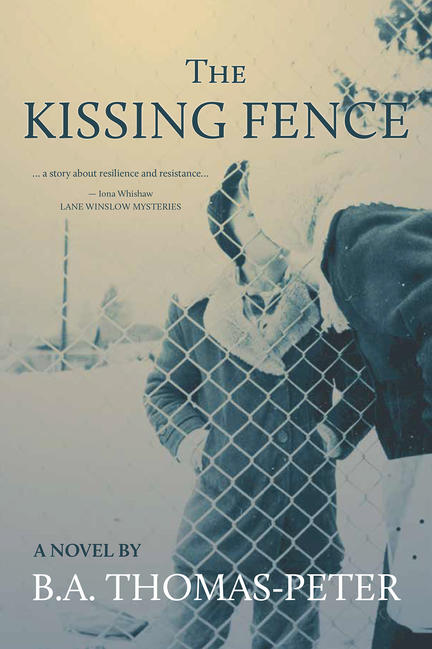 1950s, New Denver: Pavel and Nina are among 200 Russian Doukhobor children separated from their families and community, and placed in a residential facility in the Kootenay region of BC. Forcibly removed from their homes by the RCMP, the children attend mandatory school. They must speak in English and observe Canadian customs and religious practices. Seeking to protect the younger children and suffering mistreatment at the hands of the officials, Pavel and Nina struggle to keep their culture alive and remain resilient.

2018, Vancouver: After more than ten years in business, William has rejected his Doukhobor heritage and is now adept at juggling the demands of his business importing sporting goods. Surrounded by the material wealth he has amassed, William feels justified in enjoying his prosperity—even if he is emotionally distant from his wife and barely knows his daughter—he has made sacrifices to succeed in life as well as making some shady deals.

When a cycling accident ends with William in the hospital with a concussion, doctors discover a mass on his brain. He is rushed into surgery, but instead of improving after his operation, William’s life starts to tumble out of control: he loses his grasp on the illegitimate side of his business arrangements, an affair threatens his marriage, an employee turns up dead, and then the police come knocking.

These two stories converge as Pavel and Nina leave New Denver and struggle to build a life outside the dormitory walls, while William begins to question his own values, motivations, and accountability.

A powerful and emotional novel, The Kissing Fence examines generational trauma through one family’s story of obligation, justice, and belonging. A story of conflicting cultural tensions that questions how we define success, identity, and our community.

B.A. Thomas-Peter is Canadian but lived in the UK as a teenager and eventually trained there as a Clinical Psychologist. His work focused on providing help to children, adults with mental health difficulties and the families of the elderly in need of care, before moving into the field of forensic psychiatry. He spent eleven years as Honorary Professor of Psychology at Birmingham University before moving to Oxford as Director of the Regional Forensic Psychiatry service. In 2010 he returned to Canada as Provincial Executive Director of Forensic Psychiatry for BC.Thomas-Peter has published in many anthologies and peer-reviewed journals. He has been a regular contributor to international academic conferences and has contributed to the development of the Forensic Psychology profession in Australia and the UK. He currently lives on an island on the west coast of Canada, runs a small consultancy and spends most of his time writing.

“…a deeply moving and engrossing historical novel […] The Kissing Fence is a remarkably gripping novel. I was grateful to it for its moving depiction of a shameful and forgotten period in BC history and for its thriller-like pace that held my attention at a time when our unfolding daily news offers much to escape from.”