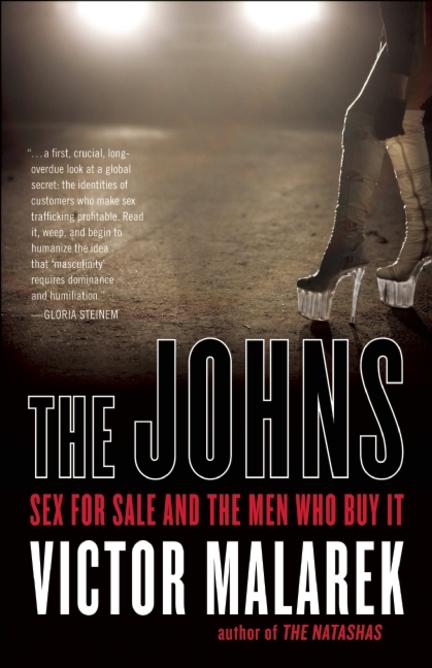 Following up on his scathing indictment of the international sexual enslavement of women?investigative journalist Victor Malarek turns the spotlight on the other side of the crisis---the men who fuel the demand.

Each year more than 800,000 women and children are lured, tricked, or forced into prostitution to meet an apparently insatiable demand, joining an estimated 10 million women already ensnared in the $20 billion worldwide sex trade. While much research?focuses on why these women end up in the trade, invetstigators have turned a blind eye toward?the &ldquo;johns&rdquo;?who trigger the demand?until now.?In this hard-hitting expos?, Malarek unmasks the kind of men?and organizations?that foster and drive the sex trade around the world.?With interviewss with?both the unrepentant and the reformed, The Johns forces readers to rethink the world&rsquo;s oldest so-called profession.

VICTOR MALAREK has been a journalist for four decades. He began his career as a copy boy at Weekend Magazine in 1968. From 1990 to 2000, Malarek was one of the hosts for CBC Television's The Fifth Estate. In 2000 he became the investigations editor for The Globe and Mail. Today, he is a senior investigative reporter on CTV's current affairs show, W5. Often described as a champion for the underdog, Malarek has worked on many stories for W5, including "Forgotten Children," a look at children left languishing in orphanages overseas, and "Let Me Go," a thoughtful investigation of the debate around euthanasia.

In 1997, he won a Gemini Award as Canada's top broadcast journalist. Malarek has also received four Michener Awards-three during his tenure with The Globe and Mail and the other at The Fifth Estate. Malarek is the author of six books.

MICHELE LANDSBERG is an award-winning journalist who is often described as “a fearless advocate for women and children.? She has published four best-selling books, including Writing the Revolution and Women and Children First.

Norma Ramos is the executive director of the Coalition Against Trafficking in Women, which is the world’s first organization to fight against human trafficking internationally, now in its twenty-second year. She writes and speaks extensively about the commercial sexual exploitation of women and girls as a core global injustice, and has appeared on such shows as Charlie Rose, Larry King Live, as well as national radio programs. She is the recipient of the Women’s Committee Award and the Flor De Maga Award, both from the Puerto Rican Bar Association. Ramos was recently awarded the Humanist Heroine Award 2009 from the American Humanist Association.

Other titles by Victor Malarek

The True Story of a Street Kid Who Made It

The True Story of a Street Kid Who Made It