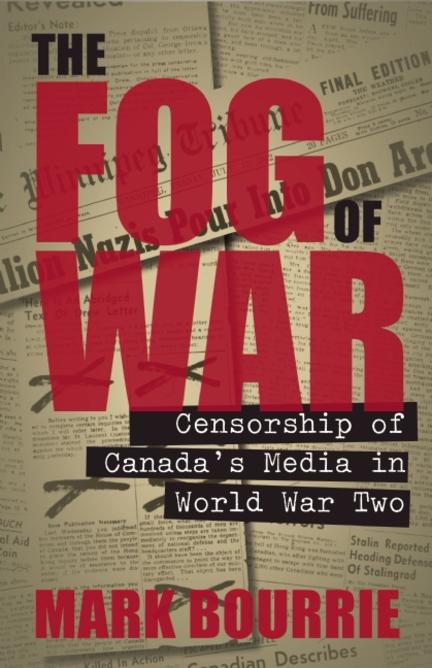 The Canadian Government censored the news during WWII for two main reasons: to keep military and economic secrets out of enemy hands, and to prevent civilian morale from breaking down. The unique context of press censorship in Canada?made that hard for a number of reasons,?including?the reality that Mackenzie King’s Liberal government did not have the stomach to initiate disputes with the the Francophone press that could rip the facade off public peace in wartime Quebec. And since the United States came into the war at a much later stage, efforts to stem?information leaks were stymied by a comparatively open press environment south of the border which printed (or broadcast) the news even while?it was censored in Canada.

On paper, The War Measures Act was the most draconian media control mechanisms among Allied countries, but in reality, only the fringe Communist and ethnic press suffered serious penalties. Press censorship in Canada turned out to be a hit-and-miss game for?these reasons, and more. The Fog of War explores the realities of media censorship in the context of of the tension between govenment, free-market media, and those deputized to act on behalf of the public good.

With Nazi spies landing on our shores by raft, U-boat attacks in the St. Lawrence, Japanese balloon bombs drifting over the Rockies and onto the Prairies, army mutinies in British Columbia and Ontario, and pro-Hitler propaganda in the mainstream Quebec press, it was difficult for censors to keep such news events contained. Bourrie reveals that many of these breaches were?indeed expunged from?the mainstream press but still known to the civilian population. With?freshly unsealed World War II press-censor files,?many of the undocumented events that occurred in wartime Canada are finally revealed, including:

* Press coverage of the capture of a Nazi spy that likely tipped the Germans off that the spy had been “turned” to a double agent.

* The way censorship was used to stop balloon bomb attacks launched from Japan.

* How the secret of the atomic bomb was spilled in front of hundreds of people at the Royal York hotel by a scientifically-curious Saskatchewan chiropractor.

MARK BOURRIE holds a PhD in Canadian media and military history; he is a National Magazine Award–winning journalist and has been a member of the Canadian Parliamentary Press Gallery since 1994. He has written hundreds of freelance pieces for most of the country’s major magazines and newspapers, which have resulted in several awards and nominations.

Bourrie lectures on propaganda and censorship at the Department of National Defence School of Public Affairs; media history and propaganda at Carleton University; and Canadian studies at the University of Ottawa, where he is also working on a Juris Doctor degree.

Bourrie’s book The Fog of War: Censorship of Canada’s Media in World War Two was the first examination of Canada’s wartime news-control system. It reached number six on the Maclean’s bestseller list. His academic paper “The Myth of the 'Gagged Clam': William Lyon Mackenzie King’s Press Relations,” published in Global Media Journal in 2010, is considered the authoritative analysis of the media strategies of Canada’s longest-serving prime minister. In 2011, Bourrie was invited to contribute to a collection of papers written by Canada’s top military historians. His essay “Harnessing Journalists to the War Machine” was published in 2012 in Canada and the Second World War.

Bourrie lives in Ottawa and is married to Marion Van de Wetering, a corporate lawyer working for the federal government. They have three children.

Other titles by Mark Bourrie

The Adventures of Pierre-Esprit Radisson

Martyrdom, Murder, and the Lure of ISIS

Fog of War, The

A Short History of the Most Misunderstood Plant & Its Uses