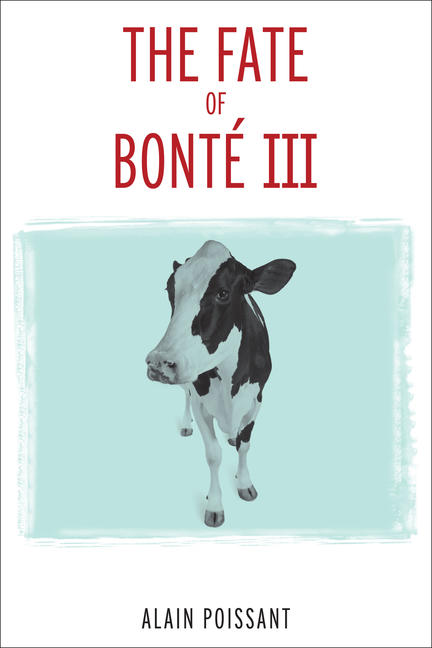 Bonté III was five years old. A cow at that age is at her prime. Prime is an accounting term. A dairy farm is a business and must be managed as such. From this perspective, Bonté III’s days were numbered. Numbered is not an empty word. She had been a good representative of her breed. A cow, after all, has no need to try to be a cow. Her life is that of a cow: a predetermined cycle that is easily reflected on a balance sheet. She eats. She drinks. She ruminates. She urinates. She defecates. All this has a cost. She ovulates. She bears a calf. She gives birth. She produces milk. All this brings money. [...] Tit for tat. The only thing left to do for Bonté III was to call the butcher.

The Fate of Bonté III is a story of love and loneliness with colourful characters, a reflection on life and the vital need to be useful to someone or to something.

Alain Poissant was born in Napierville and was raised on a farm. He is the author of Dehors les enfants, Vendredi-Friday and Carnaval. In 2005, he won the Radio-Canada literary award for his story: "Un ciel bleu rose". Le Sort de Bonté III was published in 2013.

A service for my son, Marquis, a service with singing, that’s what it will be, replied the Welder. No quavering. No crying. This is a man who knows exactly what death is worth, thought the priest, who got up and brought back the form.

What was the name, again?

The man looked away. The priest had to repeat himself.

The church had set three rates, the priest explained. The Welder said that what he liked in church was the singing. He wanted singing, lots of it. The whole choir, in the nave and in the loft.

They set a date. Marquis’s funeral would be held on Saturday at two o’clock in the afternoon. There would be twenty minutes of singing from the Introit to the Libera me.

The priest set down his pen and adopted the focused air of a confessor. The time had come to exercise his ministry, which consisted in reviving souls and presenting them to the Lord, the good and the sinful. Talk to me about Marquis, tell me what kind of Christian he was, so that I can write his eulogy.

Burnt faces lose a great deal of their natural ability to be expressive. They appear sculpted by nefarious hands. The cheeks are grafted onto the jaws. The glands atrophy so that the dry air irritates the eyes, which close in pain. The eyebrows disappear. The lips stay tightly clenched around the teeth. The words that come out of such a face are malformed and are seen as much as they are heard.

“What a beautiful story—not at all conventional! And especially, what writing!”

“This is the story of a couple… but of a couple in the making. Two lonely souls, back of beyond: a young farmer, enamoured with his land and his livestock, but wanting for affection, and a young, unemployed mother, lacking support. Something magical happens. This is a most inventive novel.”