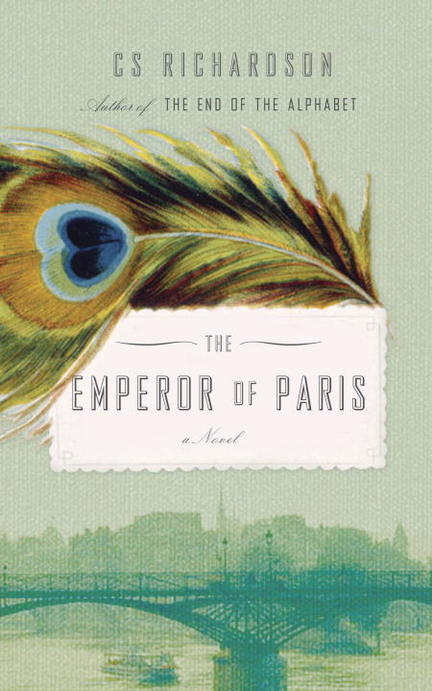 Like his father before him, Octavio runs the Notre-Dame bakery, and knows the secret recipe for the perfect Parisian baguette. But, also like his father, Octavio has never mastered the art of reading and his only knowledge of the world beyond the bakery door comes from his own imagination. Just a few streets away, Isabeau works out of sight in the basement of the Louvre, trying to forget her disfigured beauty by losing herself in the paintings she restores and the stories she reads. The two might never have met, but for a curious chain of coincidences involving a mysterious traveller, an impoverished painter, a jaded bookseller, and a book of fairytales, lost and found . . .

CS RICHARDSON's first novel, The End of the Alphabet, was an international bestseller published in thirteen countries and ten languages. Winner of the Commonwealth Writers' Prize for Best Book (Canada & the Caribbean), it was named on four Best of the Year lists and was adapted for radio drama by BBC Radio 4. Richardson is also an accomplished and award-winning book designer. He lives and works in Toronto.

The Emperor of Paris

All manner of men, women, and children populated the eighth arrondissement, and many of them visited the cake-slice: the family of booksellers who formed psychic connections with their books, the artist who slept under the bridge, the couple who climbed their way out of abject poverty to become the last word in Paris fashion, their disfigured daughter who restored masterpieces in the basement of the Louvre and spent her free time losing herself in stories, the gossips, and the blind man who saw all.

Rooted in the realist style with overtones of fable, The Emperor of Paris tells the stories of the inhabitants of the eighth arrondissement throughout the first four decades of the twentieth century. Richardson, in a nod to Flaubert, uses precise language to evoke vivid geographical and emotional landscapes, and the story-within-a-story structure pays homage to Arabian Nights, which figures prominently in the novel and ends up bringing Octavio his heart’s desire. Exquisitely crafted, The Emperor of Paris is a captivating tribute to literature, community, and the enduring nature of love.

This review also appears on my blog at www.theteatimereader.wordpress.com.

Other titles by C.S. Richardson

The End of the Alphabet