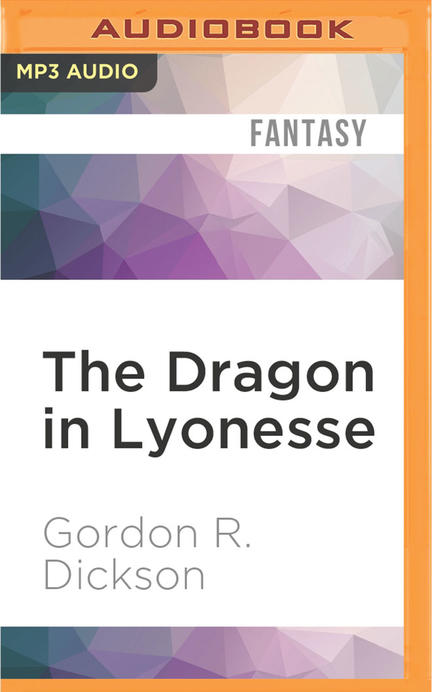 In this latest of Gordon R. Dickson's immensely popular adventures of Jim Eckert, the 20th-century mathematician who has come to live in a medieval age where magic works and Jim himself can become a dragon at will, Gordon R. Dickson draws on the richness of the greatest medieval legend of all, the tale of Arthur and his Knights of the Round Table.

In the legends, after their final battle, Arthur and his knights went to Lyonesse, the land under the sea. Now Lyonesse is threatened by a resurgence of the Dark Powers, those mindlessly malevolent forces that struggle to stop the course of History. And Jim Eckert and his friends are called upon to stop them.

Arthur and his court live on in Lyonesse because, even though centuries have elapsed, there are still those who believe in them. But Arthur and his knights are proud, too proud to easily accept help from Jim Eckert and his allies. But they will have help, from Jim in his dragon form, from knight-in-armor Sir Brian Neville-Smyth, from the brilliant archer Dafydd ap Hywel, and from one small hobgoblin. The result is a wild ride, an Arthurian fantasy adventure as only Gordon R. Dickson could tell it.

Gordon Rupert Dickson was a Canadian-American science fiction writer. He was inducted into the Science Fiction and Fantasy Hall of Fame in 2000.

Paul Boehmer is a seasoned actor who has appeared on Broadway, film, and television, including The Thomas Crown Affair and All My Children. Coinciding with another of his passions, sci-fi, Paul has been cast in various roles in many episodes of Star Trek.

Other titles by Gordon R. Dickson

Secret Under the Sea

Secret Under the Caribbean

Of War and Honor

The Spirit of Dorsai

Other titles by Paul Boehmer

The Dragon at War

The Dragon and the Gnarly King

The Dragon and the George

The Dragon on the Border

The Dragon and the Djinn

The Dragon and the Fair Maid of Kent

The Dragon, the Earl, and the Troll