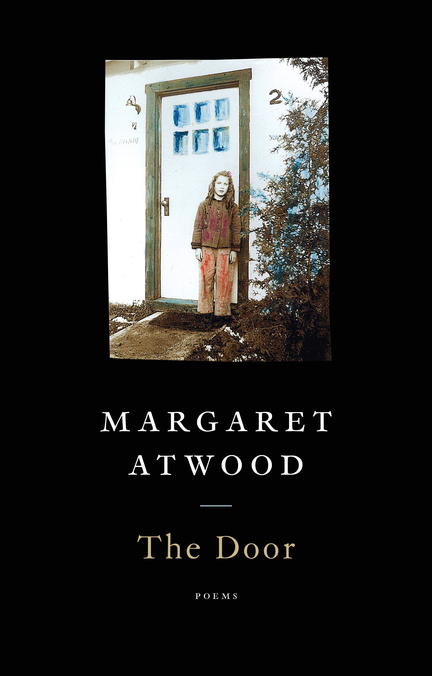 A stunning lyrical achievement and Atwood’s first collection of new poems in over a decade.

The Door is Margaret Atwood’s first book of poetry since the award-winning Morning in the Burned House (1995). Its fifty lucid yet urgent poems range in tone from lyric to ironic to meditative to prophetic, and in subject from the personal to the political, viewed in its broadest sense. They investigate the mysterious writing of poetry itself, as well as the passage of time and our shared sense of mortality. The collection begins with poems that consider the past and ends with harbingers of things to come.

Brave and compassionate, The Door interrogates the certainties that we build our lives on.

“Atwood’s poems are short, glistening with terse, bright images, untentative, closing like a vise. . . . A plain, explicit poetry, perfectly sure of itself.”
— New York Times

“Margaret Atwood is best known, of course, as a novelist. But she brings to her poetry the same sharp eye and stinging wit.”
— Robert Haas, Washington Post

“Atwood is always vital, powerful, magnetically readable. . . . Readers who know only her novels really owe it to themselves to read her poems.”
— Booklist
“Margaret Atwood’s The Door is one of the best books by one of the best poets writing in English, written in a sparse, elegiac tone that combines illuminating intelligence with caustic humour, and wisdom that for once truly comes with age.”
- Alberto Manguel, Times Literary Supplement Books of the Year