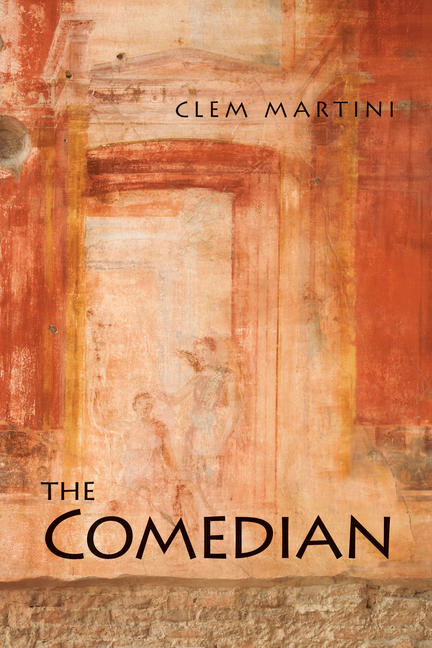 Titus Maccius Plautus' career is on the decline. Once renound for bringing Greek comedies to the Roman world, now he struggles to stage a single play. Unlucky with money and unlucky in love, Plautus faces the world with wry dignity. This could be the performance that brings back fame and fortune, or the one that ends it all.

Engaging, thoughtful, and funny, The Comedian dives into the rough and tumble world of arts in its infancy. Clem Martini draws on his talent and experience to bring to life the signs and sounds of a world where playwrights suffered and succeeded - but mostly suffered.

Clem Martini is an award-winning playwright, novelist, and screenwriter with over thirty plays and nine books of fiction and non-fiction to his credit, including Bitter Medicine: A Graphic Memoir of Mental Illness, winner of the Calgary Book Award, and his most recent anthology of plays, Martini with a Twist. He has served on the boards of numerous writing organizations including the Alberta Playwrights Network, the Playwrights Guild of Canada, and the Canadian Creative Writers and Writing Programs. His texts on playwriting, The Blunt Playwright and The Greek Playwright, are used in universities and colleges across the country. He is currently a professor in the School of Creative and Performing Arts at the University of Calgary.

You really can't ask for more.

The Comedian is a thoroughly entertaining and polished work.

In Martini’s deft hands, the trials and tribulations of mounting a theatrical production in ancient Rome ring true today… Martini’s wit, as well as his intimate theatrical knowledge, is apparent on every page… The Comedian provides an enjoyable glimpse into the theatre’s classical roots, while illuminating an offstage drama that, for better or worse, still defines the thespian experience. - Laurel Smith, Quill and Quire

Other titles by Clem Martini

An Introduction to Playwriting

How our caregiving safety net came unstrung and we were left grasping at threads, struggling to plait a new one

The Ancient Comedians and the Influence They Had on Contemporary Theatre

and the Influence They Had on Contemporary Theatre

Martini with a Twist

Train Wreck and Too Late

A Graphic Memoir of Mental Illness

What the First Dramatists Have To Say To Contemporary Playwrights