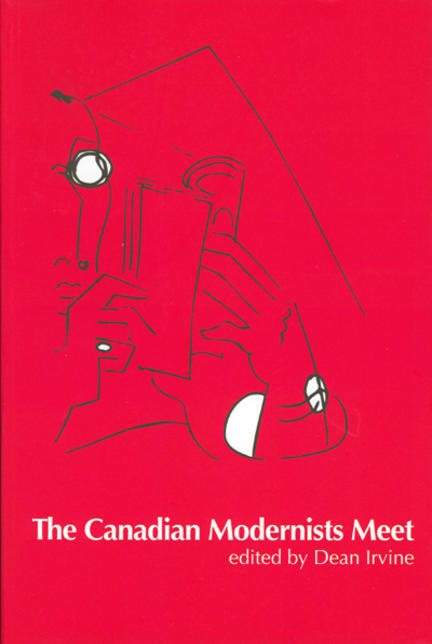 The Canadian Modernists Meet is a collection of new critical essays on major and rediscovered Canadian writers of the early to mid-twentieth century. F.R. Scott's well-known poem 'The Canadian Authors Meet' sets the theme for the volume: a revisiting of English Canada's formative movements in modernist poetry, fiction, and drama. As did Scott's poem, Dean Irvine's collection raises questions - about modernism and antimodernism, nationalism and antinationalism, gender and class, originality and influence - that remain central to contemporary research on early to mid-twentieth-century English Canadian literature.

The Canadian Modernists Meetis the first collection of its kind: a gathering of texts by literary critics, textual editors, biographers, literary historians, and art historians whose collective research contributes to the study of modernism in Canada. The collection stages a major reassessment of the origins and development of modernist literature in Canada, its relationship to international modernist literature, its regional variations, its gender and class inflections, and its connections to visual art, architecture, and film. It presents a range of scholarly perspectives, drawing upon the multidisciplinarity that characterizes the international field of modernist studies.

Dean Irvine is an associate professor in the Department of English at Dalhousie University and director of the SSHRC-funded Editing Modernism in Canada project. He is the author of Editing Modernity: Women and Little-Magazine Cultures in Canada, 1916-1956 (University of Toronto Press, 2008), and editor of Archive For Our Times: Previously Uncollected and Unpublished Poems of Dorothy Livesay (Arsenal Pulp, 1998), Heresies: The Complete Poems of Anne Wilkinson, 1924-61 (Vehicule, 2003), and The Canadian Modernists Meet (University of Ottawa Press, 2005). His forthcoming work includes a new monograph, Variant Readings: Editing Canadian Literature in English, under contract to McGill-Queen's University Press, and a two-volume critical edition, co-edited with Robert G. May, of F.R. Scott's complete poems and translations. He is a general editor, with Zailig Pollock and Sandra Djwa, of the multivolume print edition and digital archive of the collected works of P.K. Page and the director and English-language general editor of the University of Ottawa Press's Canadian Literature Collection/Collection de littérature canadienne.

Other titles by Dean Irvine

Paris and Other Lost Generations

Editing as Cultural Practice in Canada

The Complete Poems of Anne Wilkenson

Archive For Our Times