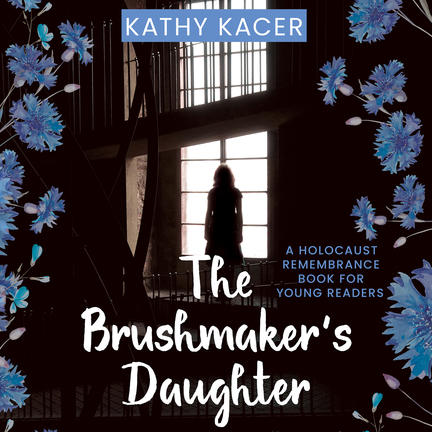 Lillian and her father avoid capture by the Nazis with the help of a real-life hero.

It is 1939 in Berlin, Germany, and twelve-year-old Lillian and her Papa are on the run from Nazi soldiers. Because they are Jewish, they are in danger of being arrested and put in prison. Lillian’s father is blind and it seems no one is willing to help them—until they meet Otto Weidt. Mr. Weidt runs a factory that makes brushes for the Nazi army, and his secret is that he employs blind Jewish workers. Lillian learns that Otto Weidt is determined to keep her, Papa, and all the Jewish workers safe. But will he be able to?

Inspired by a true story.

Gabi Epstein is a DORA Award winner and one of Canada's leading stage and cabaret performers best known for playing Audrey in Little Shop of Horrors with the Stratford Festival and Fanny Brice in Funny Girl with the Segal Centre/Harold Green Jewish Theatre. She has narrated 9 audiobooks to date including To Look a Nazi in the Eye, Hiding Edith, The Brushmaker's Daughter, and Restitution- by Kathy Kacer (for ORCA), and Broken Strings- by Kathy Kacer, He Must Like You- by Danielle Younge-Ullman, Nothing the Same, Everything Haunted- by Gary Barwin, and The Many Mysteries of the Finkel Family- by Sarah Kapit (for Penguin Random House).

Other theatrical credits include Once (Mirvish Productions-- DORA AWARD Ensemble/Production), Billy Elliot (Stratford), Fiddler on the Roof (Stage West/Capitol Theatre), Hedwig and the Angry Inch, Candide, Dani Girl (TIFT), The Sound of Music, Blood Brothers, Perfect Wedding (Drayton), City of Angels (Theatre by the Bay), To Life (HGJT-- DORA AWARD Nomination for Outstanding Performance), and Edges(Musical Stage Co.). Gabi’s debut CD Show Off is available on Spotify and iTunes and her infamous Gabarets have been performed all over North America garnering her praise such as “Best Cabaret of the Year” by the Times Square Chronicles in NYC. She and her husband Jeremy are the co-founders of “The New Local: Dine In, Sing Out!” which partners with local restaurants to provide live virtual dinner & show events.

Hidden on the High Wire