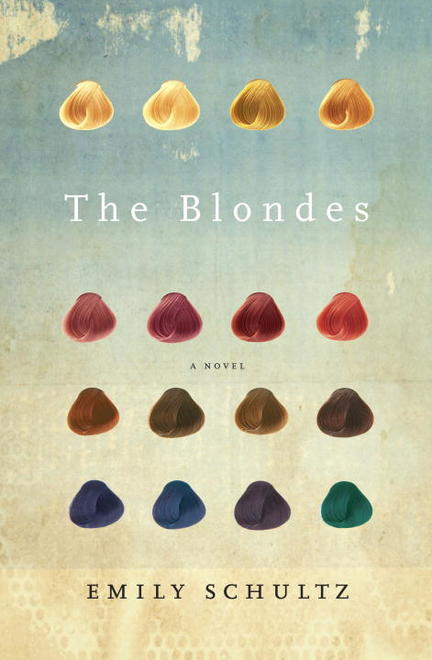 A breakout novel for a young writer whose last book was shortlisted for the Trillium Prize alongside Anne Michaels and Margaret Atwood, and whom the Toronto Star called a "force of nature."

Hazel Hayes is a grad student living in New York City. As the novel opens, she learns she is pregnant (from an affair with her married professor) at an apocalyptically bad time: random but deadly attacks on passers-by, all by blonde women, are terrorizing New Yorkers. Soon it becomes clear that the attacks are symptoms of a strange illness that is transforming blondes--whether CEOs, flight attendants, skateboarders or accountants--into rabid killers.

Hazel, vulnerable because of her pregnancy, decides to flee the city--but finds that the epidemic has spread and that the world outside New York is even stranger than she imagined. She sets out on a trip across a paralyzed America to find the one woman--perhaps blonde, perhaps not--who might be able to help her. Emily Schultz's beautifully realized novel is a mix of satire, thriller, and serious literary work. With echoes of Blindness and The Handmaid's Tale amplified by a biting satiric wit, The Blondes is at once an examination of the complex relationships between women, and a merciless but giddily enjoyable portrait of what happens in a world where beauty is--literally--deadly.

Emily Schultz is the author of the novel Joyland and the short story collection Black Coffee Night. She is the former editor of This Magazine. Her poetry has been published in 18 different publications across Canada, including The Walrus. The Globe and Mail recently called her fiction “mesmerizing.” Schultz lives in Toronto.

"An engaging, satirical study of our beauty-obsessed society and the idea that looks really can kill." —Chatelaine

"[Schultz] creates a clever, idea-layered landscape of speculative fiction in which she can deposit a very real, complex, somewhat self-absorbed yet ultimately sympathetic character, one who just by looking, feeling and responding to events both extraordinary and banal, speaks to myriad perceptions of women both real and invented." —National Post

"Sensitive and contemplative. . . . unnerving and sometimes comically macabre. . . . Schultz uses this worldwide calamity to . . . reflect on our tangled definitions of beauty and the life-altering responsibilities of motherhood. . . . A heroine who's also a feminist critic of pop culture is our perfect guide."
?The Washington Post

"The story weaves together elements of suspense and satire, with an academic overlay of critical cultural theory, but at its essence it is a fast-paced, unpretentious read. A wash-and-wear cut, if you will. . . . Ultimately, The Blondes is streaked with honest sentiment and a surprisingly feel-good ending: dark enough to have weight, light enough to read at the beach."
—The Globe and Mail

“[A] smart new literary thriller. . . . A nail-biter that is equal parts suspense, science fiction, and a funny, dark sendup of the stranglehold of gender.”
?Kirkus Reviews, starred review

Other titles by Emily Schultz

Songs for the Dancing Chicken

Our Women of the Year