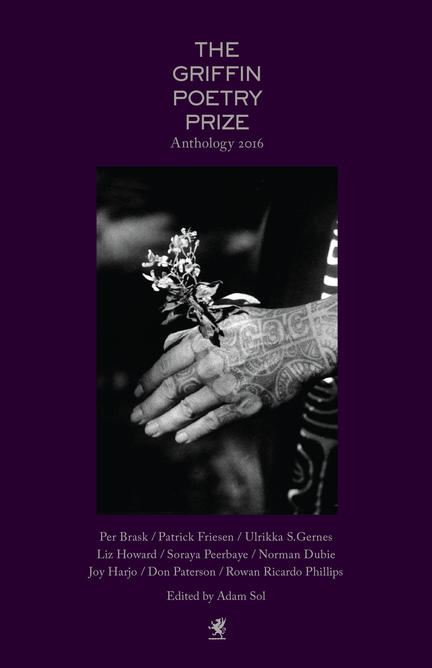 Each year, the best books of poetry published in English internationally and in Canada are honoured with the Griffin Poetry Prize, one of the world’s most prestigious and richest literary awards. Since 2001 this annual prize has acted as a tremendous spur to interest in and recognition of poetry, focusing worldwide attention on the formidable talent of poets writing in English and works in translation. And each year The Griffin Poetry Prize Anthology features the work of the extraordinary poets shortlisted for the awards, and introduces us to some of the finest poems in their collections.

Royalties generated from The 2016 Griffin Poetry Prize Anthology will be donated to UNESCO’s World Poetry Day, which was created to support linguistic diversity through poetic expression and to offer endangered languages the opportunity to be heard in their communities.

Adam Sol has published four collections of poetry, the latest of which, Complicity, was released in 2014. His previous collections include Jeremiah, Ohio, a novel in poems that was shortlisted for the Trillium Award for Poetry; Crowd of Sounds, which won the Trillium Award for Poetry; and Jonah’s Promise. He has published fiction, scholarly essays, and reviews for a variety of publications, including the Globe and Mail, Lemon Hound, and Joyland.com. He teaches at Laurentian University’s campus in Barrie, Ontario, and lives in Toronto with his wife, Rabbi Yael Splansky and their three sons.

Other titles by Adam Sol

How a Poem Moves

A Field Guide for Readers of Poetry