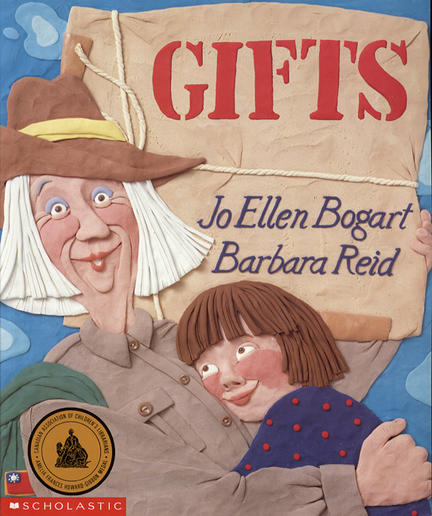 Jo Ellen Bogart was born in Houston, Texas and grew up in several Texas cities, but for the last 32 years, she has lived in Guelph, Ontario AKA Children's Author Central. She really enjoys running into writers and artists at the grocery store.
Jo Ellen has always been an animal lover and pet keeper, but her current pet list is down to two dogs, two frogs, and a ton of fish, most of which vacation in the backyard pond and winter in the Bogart basement, supervising the laundry.
Part of the fun Jo Ellen has in writing books for children is venturing into many different kinds of writing, from poetry and picture books to biography, non-fiction, and early readers. She has also written lots of song lyrics for kids, and is trying her hand at painting. Jo Ellen really likes to take digital pictures and play around with them on the computer.
Jo Ellen has a teaching degree from the University of Texas and has worked as a supply teacher. Though she no longer teaches, she really enjoys meeting her young readers and seeing what they have to say. Her own two kids are grown but she has a new baby grandson and is amassing stacks of books for the future reader.

BARBARA REID is one of Canada’s most renowned creators of picture books, including Picture the Sky (Imagine le ciel), Picture a Tree, Perfect Snow and The Party. Her vibrant dimensional illustrations make her work a favourite around the world, and she has received many honours and awards, including the Governor General’s Award, the UNICEF Ezra Jack Keats Award, the Amelia Frances Howard-Gibbon Illustrator’s Award and CBC’s Fan Choice Award. In 2013, Barbara was made a member of the Order of Canada for her contributions to the Canadian children’s literature community. She lives in Toronto, Ontario with her husband, photographer Ian Crysler. Visit her at www.barbarareid.ca.

Other titles by Jo Ellen Bogart

Little Blue House Beside The Sea

Anthony and the Gargoyle

Little Blue House by the Sea

Big and Small, Room for All

The Story of Maud Lewis

Other titles by Barbara Reid

Sing a Song of Bedtime