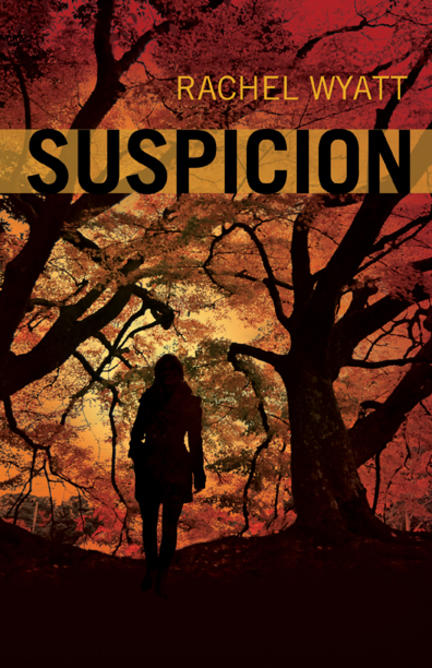 Candace Alice Wilson is missing. As the hours since Candace's disappearance build into days, a small town's certainty that a simple domestic spat has led her to walk out gives way to suspicion. Everyone knows everyone else's motive; everyone knows who has reason to be guilty. After all, isn't Candace's husband Jack the architect of an wildly unpopular multi-million dollar housing development? Didn't her (younger, prettier) sister lead the opposing protests? Why is her father busier pursuing a new relationship than looking for his daughter? Doesn't it seem strange that of everyone, her brother-in-law is the one most hell-bent on finding her? And why won't Jack sit down to a simple supper with the family lawyer? Nothing escapes the notice of eMarguerite', the anonymous chat-room regular who describes the faults and foibles of the townspeople with gleeful and unflinching keystrokes. While the mixed-up stories of blame and distrust threaten to destroy a family and weaken the townitself, eMarguerite' has all the answers. If only someone were listeningOSuspicion shows veteran author Rachel Wyatt at her very best as she exposes the fears, desires and prejudices that make up the human condition with subtle sensitivity and ruthless steel.

Rachel Wyatt is a prolific and award-winning author of novels, short fiction, stage and radio plays and non-fiction works. Her six novels include The Rosedale Hoax, Foreign Bodies, and Time’s Reach. A half-dozen professional productions have been mounted of her full-length stage plays, including Crackpot and For Love or Money. She has also had over 100 plays produced by CBC and BBC radio, and monologues and scenes from her works have been included in many anthologies, most recently in the Oxford Book of Stories by Canadian Women.

Rachel Wyatt immigrated to Canada with her family in 1957. She was Director of the Writing Program at the Banff Centre for the Arts during the 1990s and has appeared at writer's conferences across Canada and internationally. She has won the CBC Literary Competition Drama Award and was Awarded the Order of Canada in 2002 and the Queen's Jubilee Medal in 2003.

On a chilly Friday morning, Candace Wilson found herself with some unexpected free time. She had booked a dental appointment for 8:30, but when she arrived, the office was closed and nobody had called to reschedule. Instead of heading straight for work, Candace decided to use her unclaimed hour to go for a walk and reflect on her life. She and Jack had struggled for years with infertility, and never had come to any sort of firm decision about whether or not to adopt. They needed to talk about it, but maybe not now, when Jack’s latest development on the town’s waterfront was stirring up so much controversy. Even Candace’s own sister was against it, not that they’d ever been close. But now Candace and Jack were so paralyzed by their setbacks that they couldn’t make decisions, not even choosing proper furniture for their home. There had been a lot of stress and the cracks were starting to show. Candace ambled distractedly past the building site and tripped, falling into a hole in the ground and breaking her leg. She called for help, but nobody was around to hear her.

When Candace fails to show up for work and doesn’t return home that night, everyone knows something is wrong. And in a town where the police officer, the mayor, and the developer have known each other since high school, everyone has a theory about who is responsible. Psychologically astute, Suspicion tells a very human story of family tensions, false assumptions and a town falling apart as it tries to work together. This gripping novel will undoubtedly appeal to readers of Catherine Gildiner and Richard Russo.

Other titles by Rachel Wyatt

Last We Heard Of Leonard

WWFUR (What Would Frank Underwood Read)?