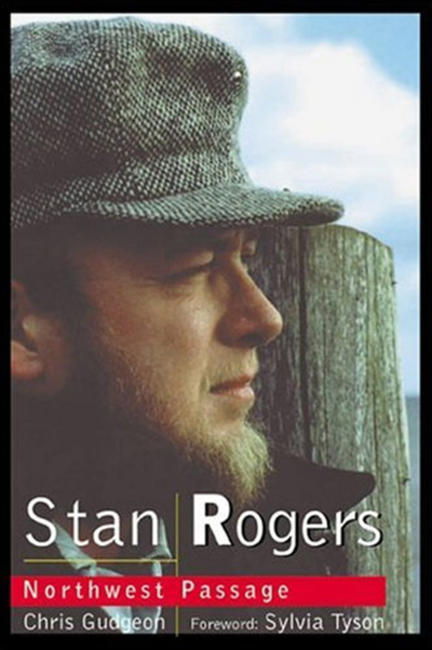 For true aficionados of Stan Rogers and his works, this book is a gem. Written with compassion and affection, it is a biography of the man and his career, and also contains his song lyrics, an article written for a folk music publication, and a radio play he penned.

Ever since his first piece of fiction was published 25 years ago in the small literary magazine Thrust, Chris Gudgeon has been honing his literary craft. Although his influences range from Will Self and Tibour Smith to fifteenth-century Japanese pornography, Chris Gudgeon has written, in this instance, a collection of stories with subtle echoes of Kurt Vonnegut. In addition to The Naked Truth, Chris Gudgeon's works of non-fiction include An Unfinished Conversation: The Life and Music of Stan Rogers and The Luck of the Draw: True Life Tales of Lottery Winners and Losers, both national bestsellers, and Out of This World, a controversial biography of the poet Milton Acorn. A resident of Victoria, Chris Gudgeon writes regularly for radio, television, film, and print publications as diverse as Mad, The Globe and Mail, Canadian Wildlife, and Playboy.

Sylvia Tyson was part of the landmark folk and country duo Ian and Sylvia who recorded thirteen albums from the early sixties to the mid-seventies. She then embarked on a successful solo career and has recorded seven solo albums. She has headed up her own record label and publishing company, and has had a parallel career as a host, producer, researcher, and writer for both radio and television. She has been a songwriter since 1962. She is active in several music industry associations, and in 1992 was inducted into the Canadian Music Hall of Fame. Another project is Quartette, a recording and touring project with three other female singer/songwriters. In 1996 Sylvia received the Order of Canada.

Other titles by Chris Gudgeon

The Unreal World of Ghosts, Ghost-Hunting, and the Paranormal

Greetings from the Vodka Sea

The Untold Story of Sex in Canada

Luck of the Draw

You're Not As Good As You Think You Are

The Natural History of Milton Acorn

The Little Book of Reform

The Gospel According to Preston Manning and the Reform Party

Other titles by Sylvia Tyson

And Then I Wrote