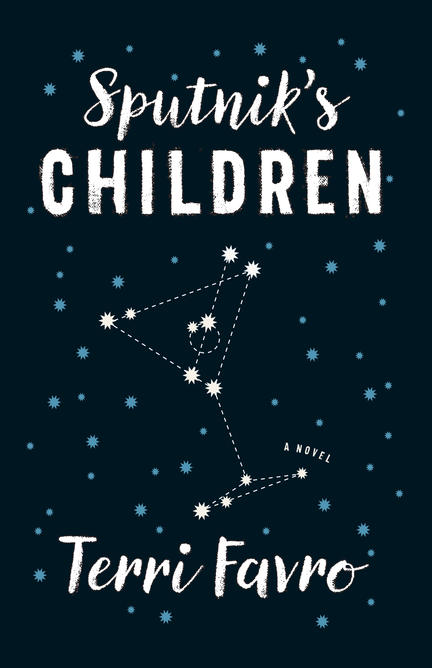 Cult comic book creator Debbie Reynolds Biondi has been riding the success of her Cold War era–inspired superhero series, Sputnik Chick: Girl with No Past, for more than 25 years. But with the comic book losing fans and Debbie struggling to come up with new plotlines for her badass, mutant-killing heroine, she decides to finally tell Sputnik Chick’s origin story.

Debbie’s never had to make anything up before and she isn’t starting now. Sputnik Chick is based on Debbie’s own life in an alternate timeline called Atomic Mean Time. As a teenager growing up in Shipman’s Corners — a Rust Belt town voted by Popular Science magazine as “most likely to be nuked” — she was recruited by a self-proclaimed time traveller to collapse Atomic Mean Time before an all-out nuclear war grotesquely altered humanity. In trying to save the world, Debbie risked obliterating everyone she’d ever loved — as well as her own past — in the process.

Or so she believes . . . Present-day Debbie is addicted to lorazepam and dirty, wet martinis, making her an unreliable narrator, at best. A time-bending novel that delves into the origin story of the Girl with No Past, Sputnik’s Children explores what it was like to come of age in the Atomic Age.

Terri Favro has been a winner and a shortlisted finalist in numerous literary competitions, including the CBC Creative Non-fiction Prize. Her work has appeared in numerous anthologies including Clockwork Canada, a Canadian Steampunk story collection. In 2014, she won the Accenti Magazine Award for short fiction, awarded at Montreal's Blue Metropolis Literary Festival. She is the author of an award-winning novella, The Proxy Bride, and the recent novel, Sputnik's Daughter. Her stories draw on her background in the Niagara region as the youngest child of an Italian family that loved science fiction, good wine, gadgetry, comic books, hot rods, daredevils and dark humour. Visit her blog at terrifavro.ca. She lives in Toronto.

“What a ride! A novel that makes you believe anything is possible in life as we know it. Or life as we don't know it. A trippy, time-bending romp, filled with heart, humour and faith.” — Brian Francis, author of Natural Order and Fruit

“In this arresting debut novel, Favro (The Proxy Bride, 2012) has crafted a delightful, timey-wimey gem that manages to temper its phantasmagorical imagery with the authentic pain of losing everything that one loves . . . Favro walks an incredible narrative tightrope here, balancing present-day Debbie's sad, inebriated reality with Atomic Mean Time Debbie's frightening world of duck-and-cover exercises, DNA-enhanced ‘twisties,’ and imminent nuclear threats . . . A noodle-bending literary sci-fi novel that puts its hero in the box with Schrödinger's cat.” — Kirkus Reviews

“It's not just Cold War Nostalgia, or the book's one-of-a-kind genre bending, or how much fun this book sounds like it is. Instead, it's all of that! We can't wait.” — 49th Shelf

Other titles by Terri Favro

A Century of Science Fiction, Fact, and Speculation

Once Upon a Time in West Toronto

The holidays are coming, but we've got you covered with amazing book suggestions for all the types on your list.

If you're going to read one book this summer...why not read two?

There are some writers who write books close to home, writers who celebrate the domestic, the ordinary. And then there are the writers on this list...

Historical Fiction to Read This Spring

Books that bring the past to life and illuminate the present.