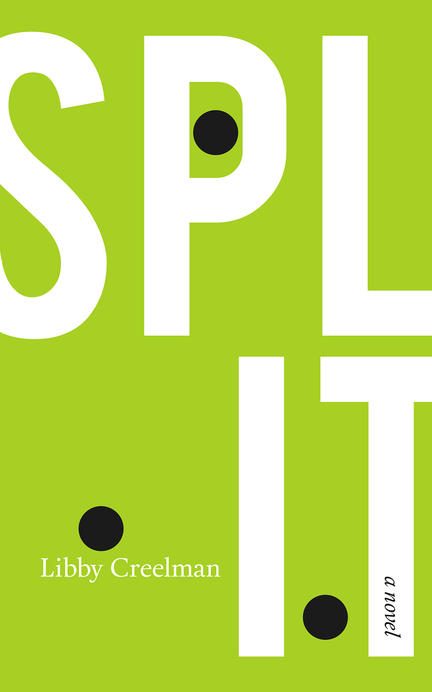 In the aftermath of the 1960s, tensions simmer beneath the surface of a small town in rural Massachusetts. Watergate and the war in Vietnam have shaken Americans' faith in their government, the energy crisis clouds the future, and the civil rights movement has given way to uneasy race relations. But identical twin sisters April and Pilgrim live happily on their parents' farm, sharing a secret language and uncanny closeness. The twins shelter each other from the wider world, until adolescence and the hard realities of adult life catch up to them.

In 1975, when the girls are sixteen years old, their father single handedly recruits a young Bahamian doctor to minister to the town's residents. While racial prejudice keeps patients away from his door, the idle "Dr. Panama," as April and Pilgrim refer to him, spends much of his time with the family. While the relationship between the girls and the young doctor begins to strain the bounds of propriety and comes to light, the family is torn apart.

Years later, on the eve of the 2008 election that would sweep Barack Obama into the White House, the adult Pilgrim, long estranged from her family, learns her father has died and her mother, now suffering the ravages of Alzheimer's disease, is living in homecare. When she returns to Massachusetts to see her mother, Pilgrim discovers a country in financial crisis and her bucolic childhood home in shambles. It is in the midst of this decay that Pilgrim picks up the threads of her past and finds herself finishing what was begun three decades earlier.

Libby Creelman, originally from Massachusetts, now lives in St. John's, Newfoundland. She is the author of Walking in Paradise, a short story collection (Porcupine's Quill, 2000), which was shortlisted for the first annual Winterset Award for excellence in Newfoundland writing. Her short stories have been published in literary magazines across the country and have been selected for 99: Best Canadian Stories and two editions of The Journey Prize Anthology. Creelman is former Executive Director of the Writers' Alliance of Newfoundland and Labrador and now works with the Culture Division of the Department of Tourism, Culture and Recreation.

"Nobody else writes about relationships with quite Creelman's wry wit and wrenching honesty."

"Libby Creelman is a wonderful writer — a keen observer with the poet';s gift for the telling detail."

"There are moments, as you read Libby Creelman, that you forget to breathe. Such is the power of her writing to enchant you, inspire wonder, trigger a frisson of fear. Split is a breathtaking novel that pivots on the axis of reality and dream. Creelman pulls aside the curtain of the everyday to reveal the mysterious symmetries that shape the lives of her characters. The effect is mesmerizing and uncanny. Split is a rare sort of fairy tale that rings exquisitely true."

"In Split, Creelman harnesses hr power as a provocative storyteller. She is a writer of precision, and navigates the relationship between twins, their sameness, and difference. How siblings witness one another's lives, weather the seasons, and endure the hardships of life."

"Creelman crafts a driving story that invites readers to enter the mysterious lives of twins. It’s that rending of the shared self that makes this tale of sibling rivalry and connectedness so seductive."

"Complex and constantly surprising, Split is a compelling story about family, about home and belonging. Whether she's tackling adolescent desire, the politics of race, or the indignities of aging, Libby Creelman writes with a completely convincing authority."

"Split ... signals Creelman's arrival proper as a novelist. This new book is an ambitious, assured and most accomplished whole."

"Tense, gripping, thought-provoking, surprising at every turn, Split is a literary novel, with all the attendant consideration of character, that reads like a page-turning thriller. Creelman's spare, precise, eminently readable prose is like the hard white beam of a flashlight that penetrates the dark corners of her characters' secret selves. An astonishing, troubling, and deeply satisfying work."

Other titles by Libby Creelman