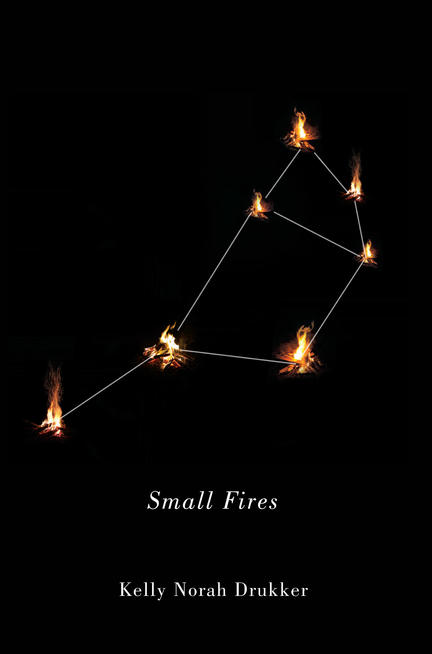 We come / to kneel at the doorway, / to peer into that kind of / dark. To think our way / backwards, listening.

Tracing a series of journeys, real and imagined, Kelly Norah Drukker’s Small Fires opens with a section of poems set on Inis Mór, a remote, Irish-speaking island off the west coast of County Galway, where the poet-as-speaker discovers the ways in which remnants of the island’s early Christian monastic culture brush up against island life in the twenty-first century.

Also present is a series of poems set in the Midi-Pyrénées and in the countryside around Lyon. Linked to the shorter poems in the collection by landscape, theme, and tone is a set of longer narrative poems that give voice to imagined speakers who are, each in a different way, living on the margins. The first describes a young emigrant woman’s crossing from Ireland to Canada in the early twentieth century, where she must sacrifice her tie to the land for the uncertain freedom of a journey by sea, while a second depicts the lives of silk workers living under oppressive conditions in Lyon in the 1830s.

In detailed and musical language, the poems in Small Fires highlight aspects of landscape and culture in regions that are haunted by marginal and silenced histories. The collection concludes with a long poem written as a response to American writer Paul Monette’s autobiographical work Borrowed Time: An AIDS Memoir.

Kelly Norah Drukker’s work has appeared in journals in Canada, the UK, and Ireland. She lives in Montreal.