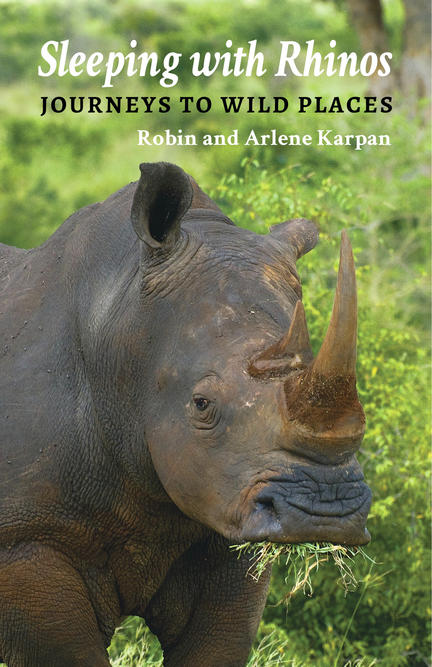 Escape to extraordinary corners of the globe where wildness is still valued and Mother Nature still has some clout.

Follow travel writers and photographers Robin and Arlene Karpan as they track the legendary big cats of Africa, marvel at the spectacle of Mexico's great monarch migration, and get personal with resplendent white baby harp seals on isolated ice floes. Watch the sun rise over the world's largest sand dunes in the Namibian desert, then venture to the Athabasca Sand Dunes where rivers slice through the world's most northerly major dunes. Trek the Roof of Africa where barbed peaks loom over chasms dropping into oblivion, ramble through the wilds of Patagonia, endure the infamous "Drake Shake" on a voyage to Antarctica, and puzzle over beguiling mysteries on Easter Island.

The Karpans' adventures range from white-out blizzards while living in an igloo in the Arctic, to a flash flood in the Kalahari Desert, an attack by a bad-tempered moose, and waking up to five rhinos having a scuffle outside their small tent. Along the way, they find wild places relatively untouched by our rapidly changing world, and others teetering on the brink.

Robin and Arlene Karpan are travel writers and photographers based in Saskatoon, Saskatchewan, Canada. They are authors of several bestselling books, and their articles and photographs have appeared in over 100 publications around the world. Recognition for their work has included eight Saskatchewan Tourism Awards of Excellence, an award for photography from the North American Travel Journalists Association, and the Saskatchewan Centennial Medal. Visit www.parklandpublishing.com to see more of their work.

Other titles by Robin Karpan

Other titles by Arlene Karpan