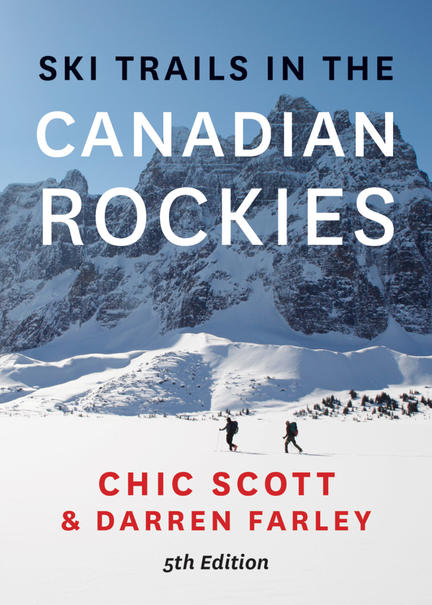 The book that has taken tens of thousands of skiers out onto stunning, backcountry trails is now reborn in full colour for a whole new generation.

Completely revised and updated, the new edition of this bestselling guidebook features over 150 trails, tours and traverses for the nordic skier in the five Rocky Mountain national parks, Kananaskis Country and neighbouring Mount Assiniboine and Mount Robson Provincial Parks.

Darren Farley grew up cross-country ski racing before getting into backcountry skiing. He spends his summers helping run the Nordic ski facilities at the Haig Glacier. In the winter he guides for various ski lodges. In between ski trips he has found time for many excursions to the Himalaya and Andes. In his travels he has spent several weeks following Tibetan pilgrims, has been an extra in a Bollywood film and was once held up at knifepoint by a gang of little kids.

Other titles by Chic Scott

In the Heart of the Canadian Rockies

50 years of climbing on Yamnuska

Other titles by Darren Farley