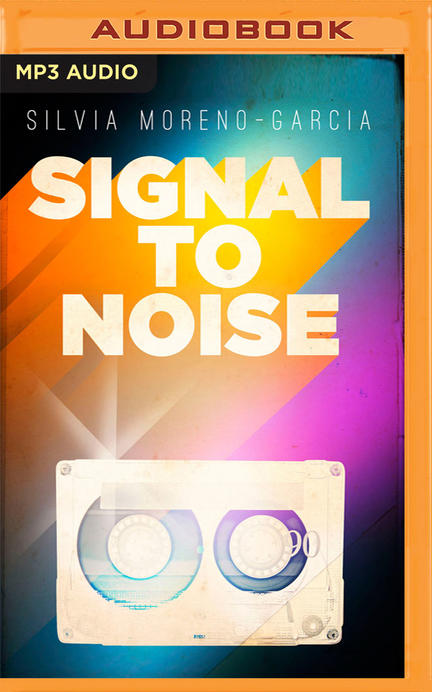 Meche, awkward and 15, has two equally unhip friends - Sebastian and Daniela - and a whole lot of vinyl records to keep her company. When she discovers how to cast spells using music, the future looks brighter for the trio. The three friends will piece together their broken families, change their status as non-entities, and maybe even find love.

It's hard enough to cope with her family, but then she runs into Sebastian, reviving memories from a childhood she thought she buried a long time ago. What really happened back then? What precipitated the bitter falling out with her father? Is there any magic left?

Mexican by birth, Canadian by inclination. Silvia’s debut novel, Signal to Noise, about music and magic, won a Copper Cylinder Award and was nominated for the British Fantasy, Locus, Sunburst and Aurora awards. Her second novel, Certain Dark Things, focuses on narco vampires in Mexico City. It was selected as one of NPR’s best books of 2016 and is a finalist for the Locus and Sunburst awards.

Her third novel, The Beautiful Ones, will be out in the fall of 2017.

Silvia’s first collection, This Strange Way of Dying, was a finalist for the Sunburst Award. Her stories have also been collected in Love & Other Poisons.

She has edited several anthologies, including She Walks in Shadows (World Fantasy Award winner, published in the USA as Cthulhu’s Daughters), Sword & Mythos, Fungi, Dead North and Fractured. Silvia is the publisher of Innsmouth Free Press. She also co-edits The Jewish Mexican Literary Review with Lavie Tidhar and the horror magazine The Dark with Sean Wallace.

She has an MA in Science and Technology Studies from the University of British Columbia. Her thesis can be read online and is titled “Magna Mater: Women and Eugenic Thought in the Work of H.P. Lovecraft.”

Other titles by Silvia Moreno-Garcia

The Daughter of Doctor Moreau

Velvet Was the Night

Gods of Jade and Shadow