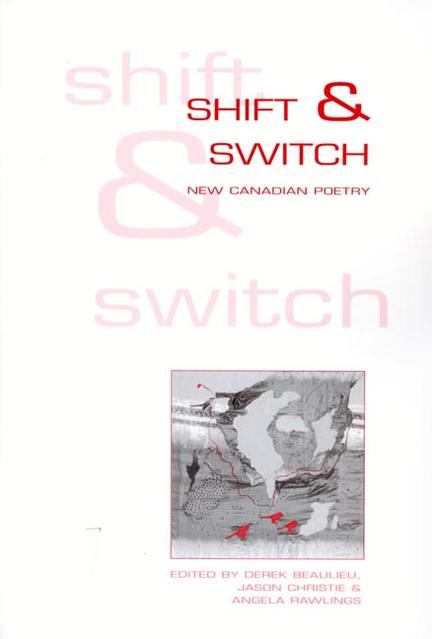 Jason Christie grew up in Milton, Ontario. He studied at York University and the University of Calgary. In 2007, he joined the Kootenay School of Writing. His poetry has appeared in many journals and magazines, including filling Station, dANDelion, Poetry Is Dead, Action, YES!, The Capilano Review, West Coast Line, and Interim. He edited, alongside a.rawlings and derek beaulieu, the anthology Shift & Switch: New Canadian Poetry (Mercury 2005). His two previous collections of poetry are Canada Post (Snare 2006) and i-ROBOT (EDGE 2006).

derek beaulieu is the author of five books of poetry, three volumes of conceptual fiction, and over 150 chapbooks. His critical edition (co-edited with Gregory Betts) of bill bissett’s RUSH: what fuckan theory will be published in 2012. beaulieu teaches at the University of Calgary, the Alberta College of Art, and Mount Royal University.

Lori Emerson is an assistant professor in the Department of English at the University of Colorado at Boulder. She writes about and teaches electronic literature (especially digital poetry), experimental American and Canadian poetry, the history of computing, and media theory. She is co-editor, with Darren Wershler, of The Alphabet Game: a bpNichol Reader (2007).

John Riddell is the author of Criss-Cross (Coach House, 1977) and numerous other volumes of visual poetry and prose. An early editor of grOnk, Ganglia, and Phenomenon Press, his work has been included in magazines like Kontakte, Descant, and Ganglia from the 1960s to the present.

Other titles by Jason Christie

Other titles by derek beaulieu

frogments from the frag pool