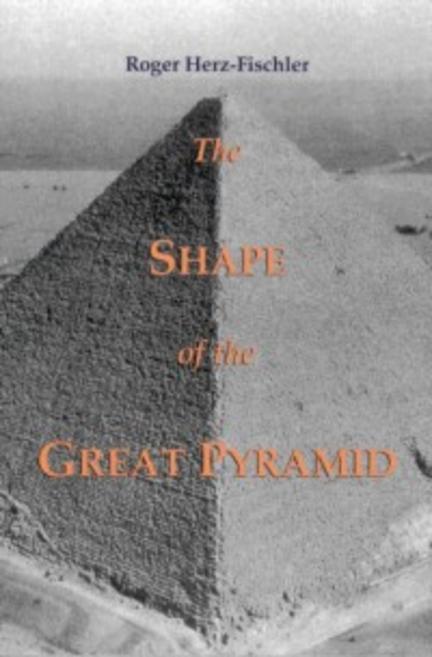 Who has not seen a picture of the Great Pyramid of Egypt, massive in size but deceptively simple in shape, and not wondered how that shape was determined?

Starting in the late eighteenth century, eleven main theories were proposed to explain the shape of the Great Pyramid. Even though some of these theories are well known, there has never been a detailed examination of their origins and dissemination. Twenty years of research using original and difficult-to-obtain source material has allowed Roger Herz-Fischler to piece together the intriguing story of these theories. Archaeological evidence and ancient Egyptian mathematical texts are discussed in order to place the theories in their proper historical context. The theories themselves are examined, not as abstract mathematical discourses, but as writings by individual authors, both well known and obscure, who were influenced by the intellectual and social climate of their time.

Among results discussed are the close links of some of the pyramid theories with other theories, such as the theory of evolution, as well as the relationship between the pyramid theories and the struggle against the introduction of the metric system. Of special note is the chapter examining how some theories spread whereas others were rejected.

This book has been written to be accessible to a wide audience, yet four appendixes, detailed endnotes and an exhaustive bibliography provide specialists with the references expected in a scholarly work

After years of doing research in theoretical probability, Roger Herz-Fischler became interested in the sociology of mathematical myths. His previous publications include A Mathematical History of Division in Extreme and Mean Ratio (WLU Press), which was chosen by Choice as “one of the outstanding academic books”of 1989.

Other titles by Roger Herz-Fischler

A Mathematical History of Division in Extreme and Mean Ratio

The Shape of the Great Pyramid