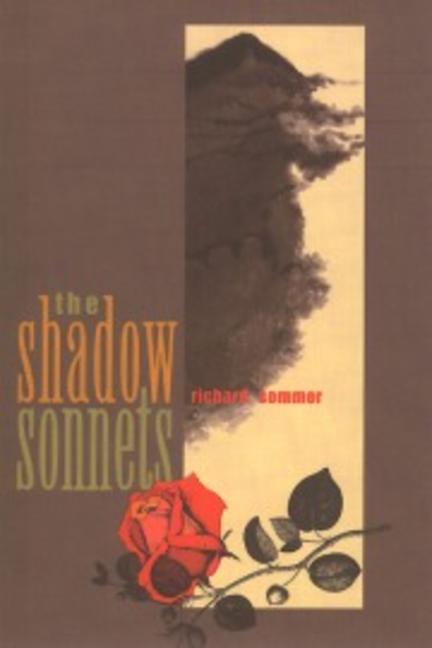 In this new collection, Richard Sommer shadows the Shakespearean sonnet, taking the most traditional form for expressing love and expanding its range and message to reflect our times. Sommer's sonnets create a strange music, with rhymes that are often proximate rather than identical. They are shadows, too, of the spirit of the sonnet, of its ever present thread of argument, its dense and gnarled sense of intimate conversation or panicked declaration, its erotic unrest, its terrible desire for someone and something unpossessed and not to be possessed. Sommer extends the sonnet beyond its traditional territory of love between man and woman to embrace the natural world around him and the deteriorating ecology of the planet. The result is a rich weave of past and present, love and pain, language and world.

Richard Sommer taught myth and poetry at Montreal's Concordia University for many years, served three decades as a volunteer game warden in the Eastern Townships of Quebec, and led a citizens' environmental group in a seven-year battle, ultimately successful, to save the Townships' Pinnacle Mountain from developers. Sommer's previous books include Homage to Mr. Macmullin, Blue Sky Notebook, left hand mind, Milarepa, The Other Side of Games, Selected and New Poems, Fawn Bones, and The Shadow Sonnets. In 2004, Sommer was diagnosed with prostate cancer, and the verse journal, Cancer Songs, has been an important part of his response to this challenge. He lives on a dirt road outside Frelighsburg with his wife of more than forty years, dance improvisationalist, teacher and artist Victoria Tansey. They have three grown children, three grandchildren, and currently three cats.

Writing to find the sonnet's real way before she ups & leaves me flat, flies home. (That first line was for tomorrow's poem, but now I'm in the tomorrow of yesterday.)

Would she leave me so? You bet she would. Yet where is home for sonnets, in these days? The sonnet which is more than private maze or verbal seduction or pedestal of wood

painted to look like marble which in turn was carved to look like what the past seemed then. Tradition: patriarchs pat bums again, stuff ashes of flashy passion into an urn.

The sonnet's more, or less, than such lost lace. The man's poem. His pretensions, his grace.

“ These poems have a contemporary feel: the reader often forgets the constraints under which Sommer is working because he stretches the medium, bending the rules of metre and rhyme.”

Other titles by Richard Sommer