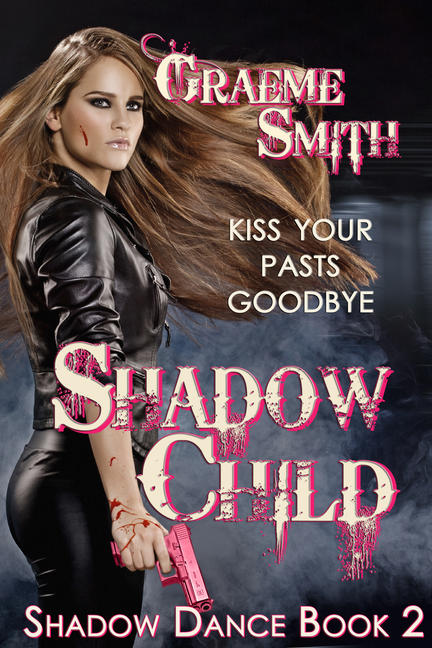 Sixteen – with a bullet. That’s what Maya’s Mom calls her. It’s the sort of name you get when your Mom works for an Agency so secret it doesn’t actually exist. Not that Maya minds. As far as she’s concerned a pink Glock and a short skirt solve pretty much any problem, especially male ones. So new town, a new school? No big deal. She’s been there, done that and mostly blown someone’s head off in the process. There’s nothing Maya doesn’t know about the family business. Thing is, the Cute Guy in the front row won’t stay dead, yesterday’s getting a bad habit of turning into tomorrow and Maya’s starting to think she doesn’t know jack. She doesn’t - but she’s going to find out real soon. Because Jack’s back. Jack and Maya. Maya and Jack. Someone’s gonna die. Someone has to live. So sit down, put your head between your knees and kiss your pasts goodbye.

Graeme Smith. Fantasy author. Mostly comic fantasy (which is fantasy intended to make you laugh, not fantasy in comics). Having Graeme Smith as my pen name is convenient, since it also happens to be my real name. I might try to be funny and say my pen is called Graeme, but then I'd have to admit I don't use a pen. Maybe I should call my keyboard Graeme instead. When I'm not writing (well, or editing my writing. Or re-writing. Or editing my re-writing. Or... Quite. You get the picture), I'm doing other things. Maybe things involving mushrooms. And knitting needles (but the less said about my cooking, the better). Maybe things like online gaming (If you know Bard Elcano, you know me. If you know a grumpy old dragon called Sephiranoth, you know me. If you know a tall, dark, handsome but brooding vampire, charming witty and brilliant - we never met. That's someone else.) So there you are. Graeme Smith. Me. Short, fat, bald and ugly (fortunately my wife has lousy taste in men).

This is one of those books that's going to grab the reader and not let go. I started and could not stop, I had to figure it out, and it takes some figuring. Powerful writing, Smith is a master when it comes to dark, urban fantasy and magic and that’s' one scary kid.

Other titles by Graeme Smith

The Dogs Are Eating Them Now

Our War in Afghanistan