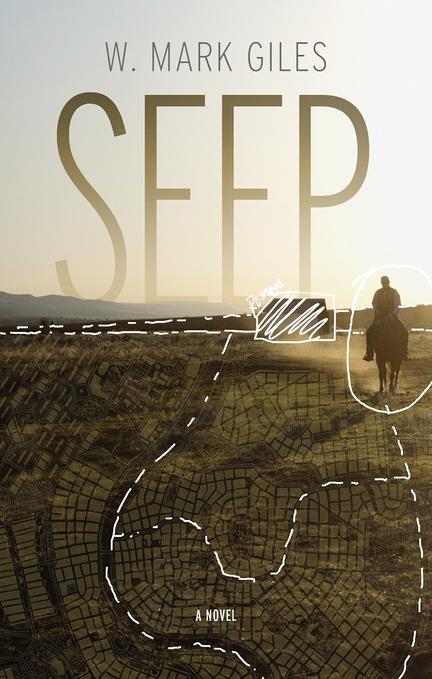 Dwight Eliot was born on a baseball diamond in the small town of Seep during a dugout-clearing brawl between his hometown team, The Seep Selects, and a visiting team of barnstorming Cuban All-Stars.

Decades later, Dwight returns to town only to witness his childhood home being moved down the highway on the back of a huge flatbed truck. Seep is being dismantled, and the land is being redeveloped as a master-planned recreational townsite to complement a nearby First Nations casino. In the face of the town’s erasure, Dwight tries to preserve its stories, and in so doing, comes to question his own. And then his wayward brother, Darcy, arrives on his doorstep with the force of a bus crash.

Seep limns the tension between land development and landscape, trauma and nostalgia, dysfunction and intimacy in a narrative of twenty-first century Canada.

“Mark Giles’ Seep is a wickedly wonderful account of how our senses of self and of place can be interrelated, with the swirl of emotions involved in each part of the equation making for a complicated world and illuminating fiction. Giles assuredly steps in the footsteps of his predecessors who so engagingly limned the Alberta prairie: W.O. Mitchell, Henry Kreisel, W.P. Kinsella and Robert Kroetsch. But Giles’ novel brings us firmly into the present era of rampant real estate speculation and the conflicts that ensue when people seek to protect what they value about a locale.” (Tom Wayman, author of Dirty Snow and My Father’s Cup)

W. Mark Giles's fiction and other writing have appeared in magazines and papers across the country, including the Malahat Review, Geist, The New Quarterly, NeWest Review, Grain, The Antigonish Review, and Canadian Fiction Magazine. He has studied at the Banff Centre, the University of Calgary, and has worked with Edna Alford, Fred Stenson, and Aritha van Herk. His non-fiction columns and reviews have appeared in the Calgary Sun and the Calgary Herald. Mark currently lives in Calgary.

Other titles by W. Mark Giles