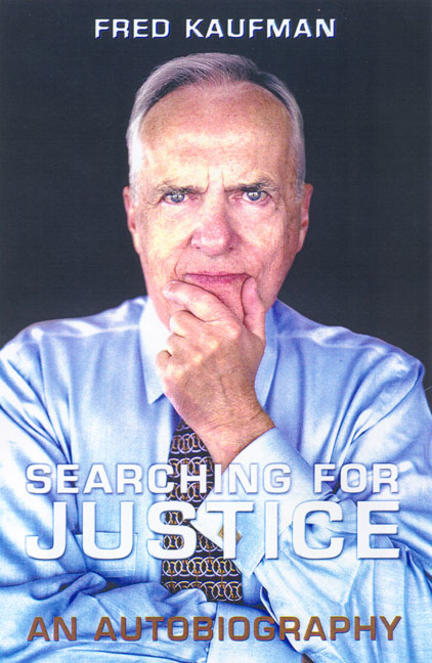 Born into a middle-class Jewish family in 1920s Vienna, Fred Kaufman escaped to England on the eve of the Second World War. In 1940, he was interned as an “enemy alien? and sent to Canada. Released in 1942, Kaufman stayed in Canada where he went on to university and law school in Montreal.
In 1960, he secured the release of young Pierre Elliott Trudeau from prison, and in 1973, Trudeau returned the favour by personally informing Kaufman of his appointment to the Quebec Court of Appeal, where he served for eighteen years.
Since his retirement in 1991, Kaufman has led numerous commissions and inquiries, most notably the investigation into the wrongful conviction of Guy-Paul Morin and the two-year reassessment of the Steven Truscott case.

"Kaufman's ability to place his life story in the context of broader historical trends - the persecution of Jews in the 1940s, French-English tensions in the 1960s and '70s Quebec, and the social underpinnings of some of the most famous cases in Canadian?legal history - is a welcome change from all-about-me tone that characterizes many memoirs. This is a great story told by a great story teller" - Quill & Quire (starred review)
?In his absorbing and stirring memoir, Kaufman vividly and with much humour and self-effacement, describes his climb from a scorned enemy alien to his perch today as one of the country's most admired jurists.? “Canadian Historical Review

FRED KAUFMAN is a former justice of the Quebec Court of Appeal. He lives in Toronto.