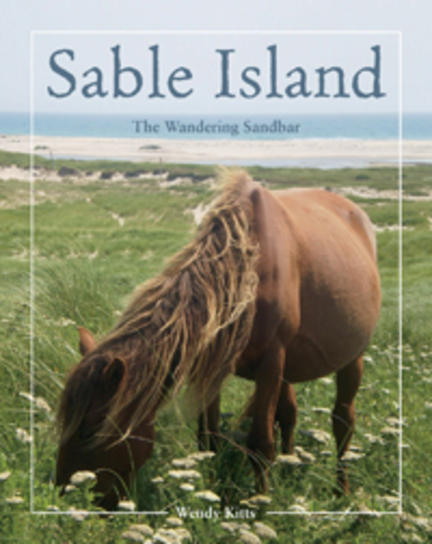 Though it was discovered almost 500 years ago, few people have visited Sable Island. Despite modern naviational tools, excessive fog and stormy weather still make travelling to Sable a challenge. Add government restrictions limiting visitors to the remote island and prohibitive travel costs, and Sable is virtually inacessible to most.

But the island is part of Maritime lore--dubbed the "graveyard of the Atlantic" because of the number of ships wrecked on its shores. Sable Island also hosts wild horses, tens of thousands of seals, and enchanting "singing" sands and "wandering" dunes. With 18 species of shark patrolling Sable Island's waters and the regular fights between bands of horses, not to mention the trecherous patches of quicksand, the island is as dangerous as it is alluring.

In this colourful book, author Wendy Kitts introduces the wonders and stark realities of this wild place. Full of photographs and sidebars, Sable Island: The Wandering Sandbar is an accessible and exciting look at this unprotected, untaimed ecosystem.

Wendy Kitts has written for More magazine, Saltscapes, Canadian Children's Book News, and The Beaver. A member of the Professional Writers Association of Canada, she has been a regular reviewer of middle school and young adult literature for the Globe and Mail's books section for close to five years. In August 2009 she spent six days on Sable Island and experienced first-hand its beauty and ferocity. Wendy lives in Moncton.

Other titles by Wendy Kitts