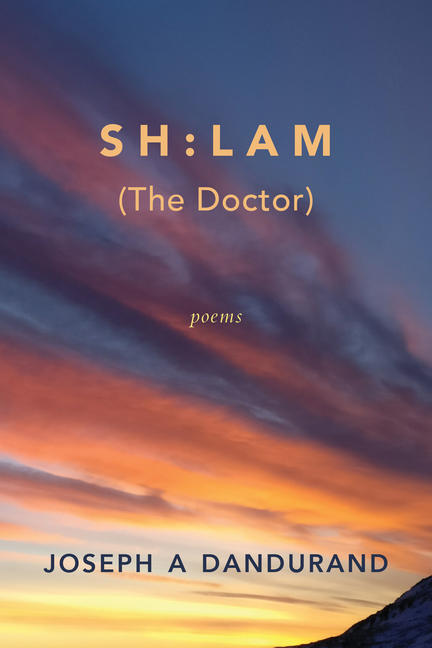 In this volume of poetry, Joseph A Dandurand lives the experiences of an Aboriginal people brought to the edge of extinction.

From the Author's Note:

"The poems in this collection tell the truth of what has happened to my people. The Kwantlen people used to number in the thousands, but 80% of our people were wiped out by smallpox and now there are only 200 of us...I believe the gift of words was given to me so I can tell our stories...The poems gathered here tell the tale of a Kwantlen man who has been given the gift of healing but also is a heroin addict living on the east side.

"This is a book of hope, loss, and redemption for all the poor souls who find themselves on the street and lost from where they truly come."

These poems tell the story of a Kwantlen man who has been given the gift of healing but is also is a heroin addict.

Joseph A. Dandurand is a member of the Kwantlen First Nation located near the Fraser River, east of Vancouver. He works as the Heritage and Lands Officer for the Kwantlen territory and has been performing his duties for over 17 years. He studied theatre and direction at Algonquin College and at the University of Ottawa. He was a Playwright-in-Residence for the Museum of Civilization in Hull in 1995 and for Native Earth in Toronto in 1996. His previously publishedbooks include "looking into the eyes of my forgotten dreams", "Please Do Not Touch the Indians" and "Hear and Foretell". His poems have appeared in numerous journals and anthologies, including "An Anthology of Canadian Native Literature in English". He has also authored a radio script which was produced by CBC Radio. He lives in Fort Langley, BC.

"These are powerful visionary parables of suffering, redemption and retribution..." --The Toronto Star

"[Dandurand] does not yield to grief, but dedicates him- self to remembering and acknowledging joy and suffering; to creating new stories for old characters; to inventing histories, traditions and communities." --Wasafiri

Other titles by Joseph A. Dandurand

by (author) Joseph A. Dandurand
translated by Randy Morin

looking into the eyes of my forgotten dreams