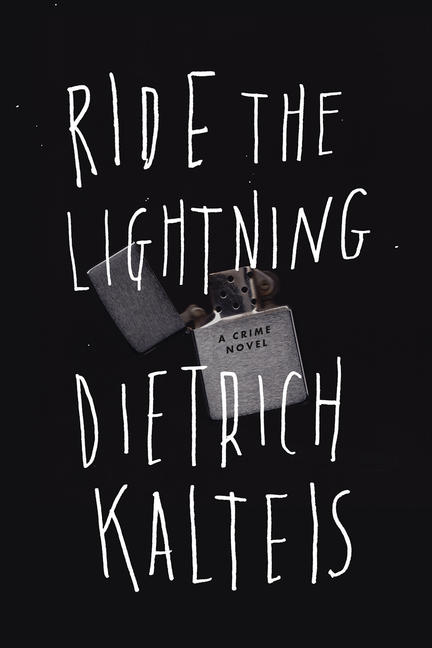 Bounty Hunter Karl Morgen goes after Miro Knotts on a skipped bond, finding the dope dealer wrapped around an underaged girl at a rave in Seattle. Dragging Miro in the hard way gets Karl's licence revoked, while Miro gets off with a suspended sentence. Karl then finds work as a process server in Vancouver, thinking it's the kind of place where people settle things with middle fingers instead of guns.

But the city is teeming with two-bit criminals, drug dealers, and gangsters, and Miro seizes an opportunity to settle his score with Karl while working a major drug deal. What follows is a ride through Vancouver's underbelly with a cast of characters whose ambition exceeds their criminal acumen. With dialogue that crackles on the page, Ride the Lightning introduces a new voice in crime fiction featuring grit, realism, and a comedic touch.

“What I like best is that it sustains a breakneck pace without sacrificing character to action, or action to character. Kalteis made me care about his cast of lowlifes, screw-ups, and marginals without stopping the action too often for endearing moments of humanity or self-conscious wit.” — Detectives Beyond Borders

“Dietrich Kalteis will be deservedly compared to Elmore Leonard, but he is an original voice. Ride the Lightning is a great story filled with wonderfully flawed characters.” — John McFetridge, author of the Toronto Series

Other titles by Dieter Kalteis