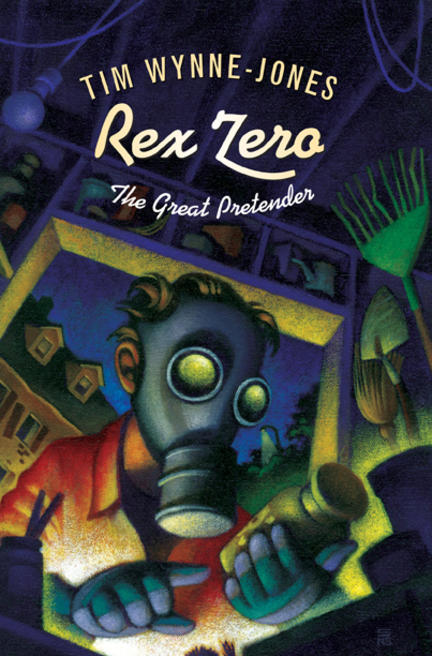 It's September 1963 when Rex is blindsided by some unexpected news. His family is moving again -- just to the other side of the city, as it turns out, but it might as well be the other side of the moon as far as Rex is concerned. In desperation, he secretly starts taking public transit back to his old school -- a plan that works just fine until he runs out of money.

When his sister Annie catches him stealing change from his mum's purse, sisterly blackmail becomes another problem. Not only that, but Rex has got on the bad side of Spew, the hockey thug bully from his old school, and Spew and his sidekicks Puke and Dribble are out to get Rex -- and they know where he lives. Rex ends up using his wits and lively imagination to get himself out of his pickle, with some sobering and surprising consequences.

...funny, wise and true...Wynne Jones is a dab hand at depicting the bizarre logic and comfortable strangeness of family...

...an entertaining picaresque tale of what life might have been like for a particularly imaginative every-boy in Ottawa nearly a half a century ago.

...shot through with affectionate humour...[The Rex Zero series] are Canadian Classics, recommended for youth and adults alike...Wynne-Jones depicts the mayhem that is family life and growing up with comic spirit and ebullient vigour...has the gift of using plaing short words in an extraordinary way, jolting into life the slightest of details with little words...often hilarious...

Perfect pacing, brilliant dialogue and characterization, and a hero of whom almost anyone would want to be a friend are just a few of Wynne Jones's trademarks as a novelist, and The Great Pretender wears all of them in full fig.

As Rex gets excited about starting Grade 7 with his friends, his parents decide to move across the city. He hatches a plan, requiring lying and stealing, to stay at his school. Rex is also plotting revenge against a bully. Is Rex too close to the brink?

The Jewel of the Thames author on the moment she realized that 221b Baker Street was up for rent.