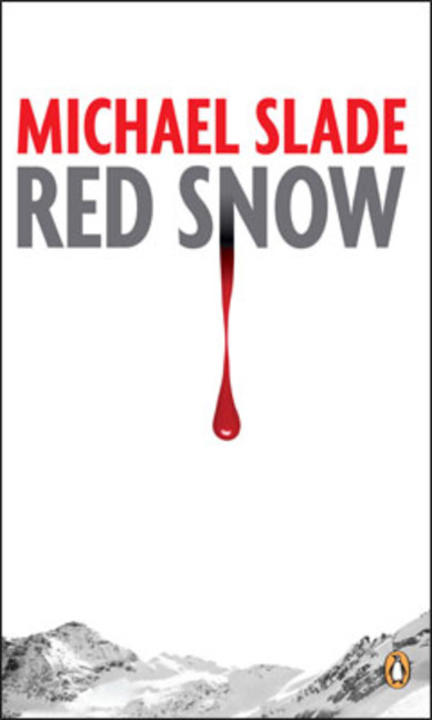 Amid a raging winter storm, a deranged killer¿s team of mercenaries have cut Whistler Mountain off from the rest of the world. Bent on bloody revenge, Mephisto has returned and has his sight set on the members of Special X, the psycho hunters of the Royal Canadian Mounted Police. As members of the team turn up dead and Mephisto¿s gruesome plan begins to unfold, time is running out. Let the games begin!

¿[A] fast-paced story that will keep you turning the pages until you reach the final showdown.¿

¿In the annals of dark fiction, Canada can claim one true champion in Michael Slade, an inventive, twisted writer of tricky, internationally celebrated macabre prose.¿

¿Red Snow is Michael Slade in top form with his trademarked relentless pacing and one of the most ingenious and unsettling murder weapons ever imagined.¿

¿Red Snow is another Slade Slam-dunk! Michael Slade¿s genius lies in being able to scare his readers to death by showing them, with perfect clarity, the terrifying banality of true evil, injecting psychotic nightmares into humdrum, everyday reality."

¿Mephisto is the psycho to end all psychos.¿

¿In [Michael Slade¿s] 14th thriller, the body count begins to mount on page 2 ¿ Neither the death toll nor the frenetic pace lets up¿¿

¿This one is guaranteed to keep you awake with the lights burning.¿

¿Red Snow is crisply-written, sly and exciting. Michael Slade is a writer who clearly knows how to tell a story and make it real. A warning: it¿s not for the squeamish, or for those who suffer from chionophobia (the fear of snow, red or otherwise).¿

¿[I]f you like gore and action, then this novel delivers.¿

¿[Red Snow] takes Games security fears to the max ¿. Slade ¿ has tapped into the terrorism fears hovering around the buildup to the Olympics.¿

¿Michael Slade¿s books are blood-chilling, spine-tingling, gut-wrenching, stomach-churning, and a much closer look at the inside of a maniac¿s brain than most people would find comfortable¿but always riveting.¿

¿As always with Slade, a cracking good detective story; he gives shock horror a chilling new dimension¿I¿ll never look at the Winter Olympics in quite the same way after reading Red Snow!¿

¿Red Snow ¿ opens with the gruesome murder of a snowboarder in Whistler¿s backcountry and the bloody action doesn¿t slow down until the final gunshots.¿

¿Red Snow is Ian Fleming-esque in its narrative drive. In the canon of Michael Slade supervillains, perhaps none is so broadly perverse as Mephisto, an intellectual with a general loathing of mankind. He makes Hannibal Lecter look like a dime store hoodlum. Red Snow is another winner from Slade.¿

Other titles by Michael Slade